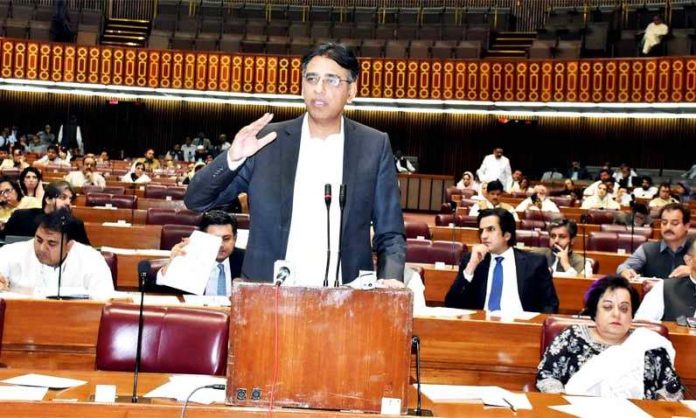 ISLAMABAD: Leading economists, industrialists and businessmen on Tuesday commented on the government’s finance bill, saying that the government has taken “no solid measure” to reduce the budget deficit.

Talking to Pakistan Today, former finance secretary and renowned economist Dr Waqar Masood said that the direction of the budget seems good but enough measures have not been taken so far.

According to him, although finance minister Asad Umar warned the public regarding the country’s poor state of economy, but “he failed to explain what steps would be taken to deal with the situation”. He believed that the new government could not give a clear economic policy through the supplementary budget.

Talking about possibilities of Pakistan going to IMF for another bailout package, Dr Waqar said the government, through the mini-budget, has not indicated approaching IMF immediately.

He lamented that the new government has not reduced the number of ministries or divisions, as claimed in the manifesto, to reduce expenditure.

“The government has decided to go to the IMF but is yet to inform the public about it,” he said, adding that the previous government had barred non-filers from buying property and vehicles, but the incumbent finance ministry has removed the restriction.

“Non-filers can purchase a car which brings no relief to the taxpayers. It would have been better to continue with the restrictions imposed on them,” the former finance minister remarked.

He, however, praised the decision of the government with regard to maintaining the tax slab on the salaried class. Another positive development, he added, was to continue with the China-Pakistan Economic Corridor (CPEC) projects initiated during the previous government’s tenure.

“PTI had started a campaign against the initiated CPEC projects but they have now accepted that the projects are in the interest of the country,” Ismail said.

Another economist, on the condition of anonomity, claimed that by taking such populist measures, the government has given a signal to the IMF and other lenders that Pakistan can pay back the debts. “Removing the restriction on non-filers for purchase of new car shows nothing but intervention of some member companies in the Pakistan Business Council,” he added.

Tax expert Ishfaq Tola said that the tax and revenue measures taken by the new government through the mini-budget were actually to meet IMF’s demands.

Qasim Taili of Karachi Chamber of Commerce and Industry said that the way the government has increased gas prices would hurt the industrial sector. He claimed PTI led government has divided the industry into two segments to deal with differently.

Zeeshan Merchant, another economist, saw nothing extraordinary in the finance bill. “What I see new is related to the exemptions of taxes on funding to Diamer Bhasha Dam,” he said.

Former finance minister Dr Salman Shah said it seemed the budget has been prepared without any homework and deliberations. “Nothing has been done to facilitate investors in the budget. No relief has been given to the crisis-hit industrial sector.”

The Federation of Pakistan Chambers of Commerce and Industry (FPCCI) termed the budget bill as a moderate budget as it would “generate additional revenue for the cash-starved country for economic recovery”.

FPCCI Acting President Waheed Ahmad, however, proposed that increase in customs duty on more than 5,000 items and increase in the regulatory duty of more than 900 items should have been levied on luxury items and not on imported raw materials and capital goods.