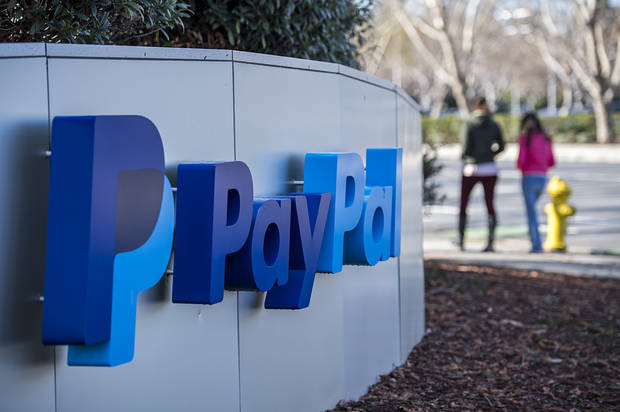 The federal government is likely to invite PayPal, an American company operating a worldwide online payments system, to provide online payment solutions to Pakistan. This could be a boon for the freelancer community, tech companies and work-from-home businesses.

During an interview, aired on the Channel 92, with TV show host Mohammad Malick, Federal Minister for Finance and Economic Affairs Asad Umar said that a platform like PayPal or its equivalent was required in the country for the immensely talented youth to be able to do online business.

“I had a meeting with a company that provides digital solutions similar to those offered by PayPal, and we will have either PayPal or a similar system in the country soon,” he said. The PayPal Holdings Inc supports online money transfers and serves as an electronic alternative to traditional paper methods like cheques and money orders.

On Facebook and other social media platforms, people, especially from the IT-related professionals, welcomed the announcement of the key minister, saying the online paying system would bring huge changes in the local industry. “I am working on it, as this (PayPal) will be here in three to four months. Congratulations everyone,” Mohammad Umer, entrepreneur and certified digital marketer, wrote on the Facebook page.

But such promises by government functionaries is nothing new. In November 2015, Minister for Information Technology Anusha Rahman revealed that the government was set to invite global online payment giants PayPal and Alibaba (Alipay) to offer their services in Pakistan. However, neither the PayPal nor the Chinese ecommerce giant is working in Pakistan.

Following the State Bank of Pakistan’s decision to announce new rules for e-commerce, the government would solicit mechanism to coordinate with the universal (e-commerce) players such as the PayPal and the Alibaba encouraging them to establish their setup to enable their services in Pakistan.

The same year, chairing a meeting of the Inter-Ministerial Committee for establishing the e-payment gateway in Pakistan, Anusha said that Pakistan was going to invite global tech companies including Amazon, eBay and PayPal to start their operations in the country. She said that the State Bank of Pakistan (SBP) was working with the partners to open up an e-payment gateway in Pakistan.

In 2017, the Alibaba Group signed a memorandum of understanding with the Trade Development Authority of Pakistan (TDAP) after then prime minister Nawaz Sharif had met company’s Executive Chairman Jack Ma during the World Economic Forum in Davos and later a high-level delegation of the company visited Pakistan to explore the opportunities.

Jack Ma had said that the e-commerce had enormous potential to unlock growth in emerging markets. He mentioned that the small businesses were incorporating e-commerce platforms as part of their business systems. He said that his company was closely monitoring the progress of Pakistan’s e-commerce sector and wanted to support small scale industries.

The Alibaba Group is facilitating 60 million companies across the globe and around 300,000 consumers from Pakistan had signed with the Chinese company for transactions and company’s services. The Alibaba founder lauded that small craft factories flourishing in Pakistan and mentioned the country’s world famous products particularly footballs and Himalayan pink salt.