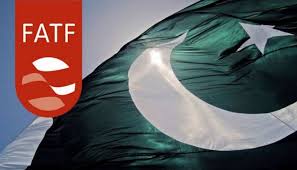 Negotiations to be held in Pakistan from October 7th till 19th

The schedule of negotiations between Pakistan and Financial Action Task Force’s Asia Pacific Group has been finalised, sources revealed on Friday.

According to the details, the meeting between the two parties would be held in Pakistan from October 7th till 19th. The visiting delegation would meet the foreign minister, interior minister, as well as the heads of State Bank of Pakistan, Financial Monitoring Unit, Securities and Exchange Commission of Pakistan, Federal Investigation Agency and other law enforcement agencies during their 13-day stay in Pakistan.

The meetings will review cases of money laundering and terror financing in Pakistan and make recommendations for measures to identify domestic and foreign transactions. The country’s Services Export Promotional Council has already started working on the documentation for the visit.

During its visit, the FATF delegation will make recommendations on whether to remove Pakistan from its greylist or to add it to the blacklist.

The FATF placed Pakistan on its grey list after a meeting in Paris on June 28. Pakistan was placed on the list of countries involved in providing monetary assistance to terrorism and other related causes. Pakistan was also on the FATF grey list between 2012 and 2015.

Earlier this month, British High Commissioner Thomas Drew said the United Kingdom is ready to help Pakistan get off the greylist.