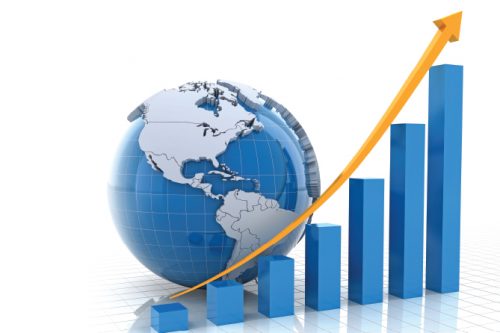 PARIS: With growth in many European, Asian and emerging markets mostly uninspiring, the United States is increasingly the main motor behind the global economy.

The world’s biggest economy is under scrutiny, however, as its current upturn is running on borrowed time due to the fiscal stimulus of debt-financed tax cuts.

Though sanguine about the U.S. outlook through the end of the year, Barclays conceded it would be harder to predict further out.

“This fiscally induced expansion will be difficult to sustain in the absence of a much more substantial jump in investment to lift the economy’s growth potential,” the British bank’s economists wrote in a research note.

“In the absence of such a jump, the economy will face heightened risks of a hard landing in 2020,” they said.

A series of business surveys will offer a snapshot of where the business cycle stood at the end of the third quarter in major economies.

Manufacturing surveys for the eurozone and the United States will be in focus on Monday followed by service sectors polls on Wednesday.

But the highlight of the week on the data front will inevitably be all-important U.S. jobs data on Friday, offering clues as to whether the tight labour market is driving wages sharply higher.

That is important not only for firms’ profitability and consumers’ purchasing power but also because a surge could fuel a broader inflation pick-up of the sort that could unsettle central bankers.

“Wages will be in focus with another strong month-on-month rise likely. We probably won’t get a break above 3 percent year-on-year growth this month, but we certainly expect it next month,” ING economists wrote in a research note.

While holidays in China and elsewhere in the region make for a quiet data week in Asia, politics in Europe may be the source of market ructions.

Italy’s EU partners will have to figure out quickly whether to come out hard against the decision of Rome’s populist-led government to flout its previous EU fiscal commitments.

Italy’s unaffiliated technocrat economy minister, Giovanni Tria, who wanted to respect EU rules, will find himself in the awkward situation of explaining to his counterparts a decision he did not support at eurozone finance ministers meeting on Monday.

Sparks are also likely to fly when the UK Conservative Party meets in Birmingham for an annual conference as Brexit talks enter a crunch phase. The conference will culminate on Wednesday with a speech from Prime Minister Theresa May.

Meanwhile, emerging market concerns are unlikely to subside with Brazil building up next week to a hotly anticipated presidential election at the weekend.