Home OPINION COMMENT We have come a long way, the wrong way! 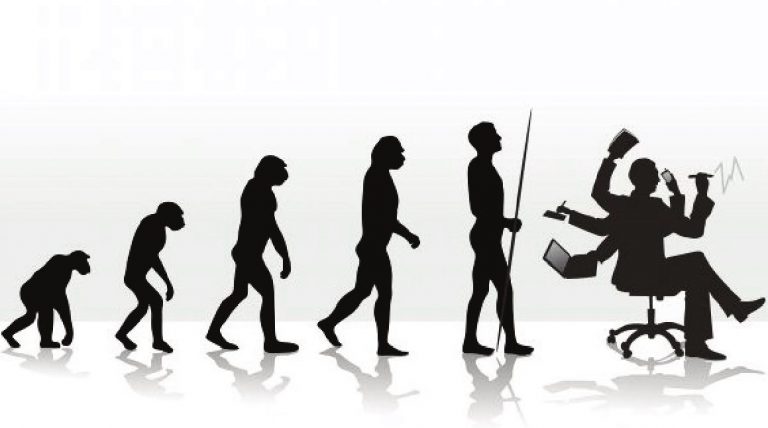 There was a time, not too long ago, when mankind exhibited a remarkable level of intelligence. It was a time when technology was feeble and officious behaviour was frowned upon. Human interaction was genuine and in-your-face, rather than superficial behind the avatar quips that we have now accepted as normal and natural.

During that time, the philosophers delved into the intricacies of the meaning of life, poets captured the soul of existence, scholars explored the unknown, and people, in general, tended to understand ideas of complex nature outside their own sphere of work. Normal people like us led a rather unhurried life, contemplated on things of varied nature and discipline, travelled for months without the fear of routine, and dived into adventures which only a perpetually liberated soul could fathom. Honour and class were well recognized and appreciated. Frivolous talk was disregarded. Even jesters exhibited uncharacteristic astuteness disguised within simplistic undertones.

Then, as the modern life started to take its shape, things changed. Our lifestyle took a sudden and sharp turn, almost as when the whistle blows marking the end of recess in a primary school. Mankind moved away from lakes, rivers and villages and started living in congested, polluted and densely populated cities. Houses were reduced to diminutive cabins. Routine took over. Everyone started working hard, resolving, rather pointlessly, to chase a certain always elusive target. And everyone started to feel underprivileged. 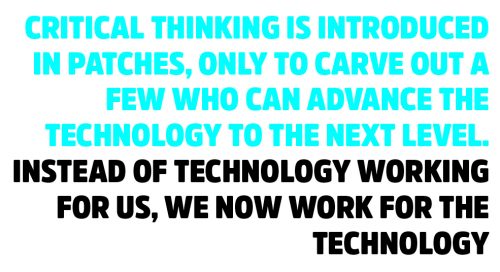 Now, working hard was not a new phenomenon for human beings. Mankind has been known to work hard for thousands of years to ensure its survival in Earth’s cruel ecosystem. But working hard while doing nothing more than mundane repetitive work within the confines of congested, over-polluted and routine driven city life; that was new. And it immediately took its toll on human beings, both physically and mentally. Physical appearances began to change. People became short in height, weak in eyesight, lethargic in appearance and weedy in substance. Our muscles were replaced with body fat, and sharp wit was replaced with tiresome talk. It was as if we took it upon ourselves to meddle with our collective soul that we had been saving for centuries.

Soon, mankind became a machine-kind. Which leads us to today’s world, where a routine is the overbearing rule of life. We wake up, we do the chores, we work hard, usually for someone else, who is working hard for someone else, we do our things, we go to sleep. This cycle goes on throughout our lives. We hardly sit and ponder. We hardly have time for anything. We do not explore much. We rarely read. Our discussions with acquaintances are reduced to work-life anecdotes, frivolous jokes and mundane entertainment. A break for a few months to change the routine is never feasible.

And it all starts from the very beginning. At schools, we are taught to excel in routine, and follow the scripted instructions. Critical thinking is introduced in patches, only to carve out a few who can advance the technology to the next level. Instead of technology working for us, we now work for the technology. 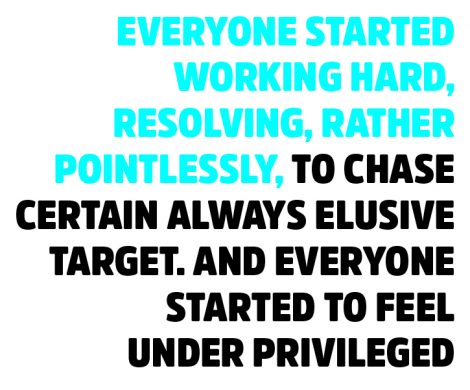 We have indeed come a long way – the wrong way. Gone are the days when an Aristotle would put forward a profound notion which will transform a generation. Now our intellectuals are television celebrities who cannot render a single sentence without hyperbolic overtones, who get dismayed at the slightest of contest or question, and whose understanding of life is drawn from industrialised pop culture rather than uninhibited cognitive discourse. Today’s Waris Shah does not spend an epoch contemplating on the timeless beauty of his beloved. Today, he plainly and briefly introduces the beloved’s superficially moulded appearance and then mulls over the imagined snags that come his way. Today’s intellectuals tend to be politically correct and emotionally mundane, always delivering carefully crafted sentiments which lack punch and resolve. Our writers do not carve out a complex world of multi-dimensional human beings. At best, they conceive an array of narrowly structured, uni-dimensional characters, and feed us with “superhero” oriented simplistic dilemmas, which should not have mattered, to begin with.

Our attention span is as short as a few sentences of a tweet. Social media relies more on pictures rather than words. Plastic is preferred over gold. In other words, a cognitive void has been created, leaving most of the mankind feeling lost and dazed. 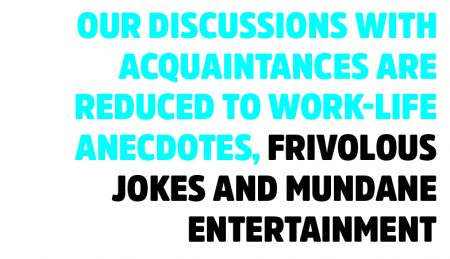 With the above state of being, it will be indeed very interesting to see if the mankind can now find its way back to normal and natural. Back to the genuine anxiousness, rather than robotic happiness – the ability to imagine, ponder, create and excel. It will not be easy but will surely be an interesting journey from where we stand today.