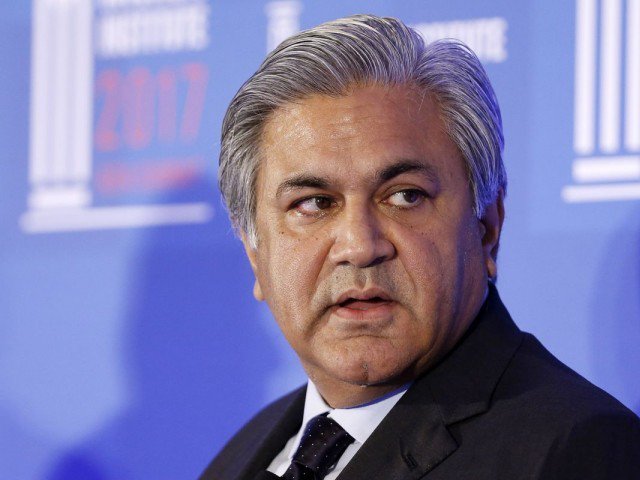 Citing the Dubai-based firm’s emails and ‘people familiar with the situation’, the report said Naqvi, a Pakistani businessman, needed Sharif’s’ “cooperation” as the Pakistan government owns a stake in K-Electric, which supplies electricity to Karachi, and its approval would be required for the sale to go through.

Shehbaz Sharif, the former Punjab chief minister who now heads PML-N, was ‘willing to give a strong endorsement’ of the deal to Chinese bidders, Malik said, according to the newspaper report, which cited an October 2015 email to Naqvi from Abraaj partner Omar Lodhi.

Malik said it was “important for him to share every detail with the brothers and get their blessings as well as their instructions as to how this money should be distributed, “such as “a portion to charity “or “a portion to the election fund kitty,” Lodhi reportedly wrote in the email. When Naqvi emailed Lodhi about the $20 million contract for Malik in June 2016, he wrote, according to WSJ, “This document is explosive in the wrong hands.”

Abraaj and K-Electric shouldn’t be named in the document, he wrote: “Keep it generic.” “Noted,” Lodhi responded, according to WSJ, which said Malik didn’t respond to requests for comment. In a report documenting Abraaj’s fall, the newspaper said it began in February when an article from WSJ reported that investors were questioning the use of their investments destined for company’s healthcare fund. Naqvi set up a healthcare fund by securing commitments from Bill and Melinda Gates Foundation and other Western Institutions.

The fund’s investments include Islamabad Diagnostic Centre in Pakistan and hospital chain Quality Care India. The article claims that “documents from liquidators, auditors and investors show that Abraaj moved investor money meant for hospitals and companies into accounts that paid its own expenses, salaries and loans. Abraaj founder Arif Naqvi denies any wrongdoing and says the transfers were appropriate.”

The article which pointed out some of the known details of the fund’s collapse includes using investor’s money to pay for its own expenses, borrowing money against its own stakes in its funds and a highly unstable business model. The article alleges that “Abraaj has defaulted on more than $1 billion of debt.”

Meanwhile, Arif Naqvi has denied media reports that he was involved in corruption surrounding the sale of the embattled private equity fund stake in Pakistan K-Electric and again denied any misuse or appropriation of Abraaj funds.