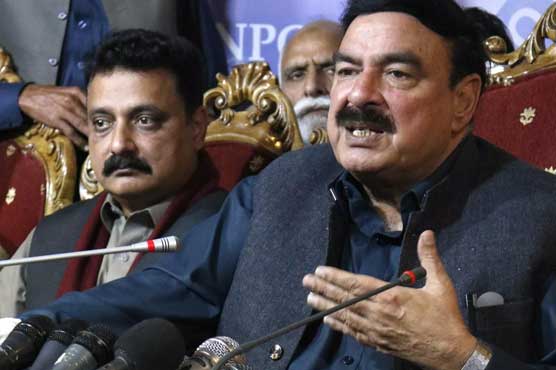 Briefing the media after chairing a meeting of the department at Railways’ headquarters in Lahore, the federal minister said, “In the first 50 days of our government, there has been an increase of Rs1 billion in railways’ earnings. We will introduce 100 new coaches in a month to facilitate the masses.”

Speaking about the performance of his ministry, Rasheed said, “We are improving the catering service on the Green Line train and will also ensure the availability of Wi-Fi on three trains in the coming week. We have installed Wi-Fi in Sukkur and Rohri train stations. We have also made a task force to make freight trains more functional.”

Taking the former railways’ minister to task, Sheikh Rasheed said engines of worth Rs220 million were bought for Rs420 million, adding that he was planning to carry out an audit into the matter.

About recruitments in the department, he said that not a single person will be appointed against the merit. “I don’t have right to regularize the contract employees of the department, only Prime Minister Imran Khan can take a decision in this regard,” the minister clarified.

Criticising the previous government, the railways’ minister said, “We were given thieves and robbers in dowry. Shehbaz Sharif is a bigger thief than Nawaz Sharif.”

Earlier this week, Pakistan Railways had said that they are ready to utilise 10,913 acres barren land across the country by executing various projects under the public-private partnership to earn more revenue for the department.

Regarding the barren land, he said that Pakistan Railways has 8,424 acres barren land in Punjab, 1,346 in Khyber Pakhtunkhwa, 263 in Sindh and 880 acres in Balochistan. “Pakistan Railways had leased out 15,172 acres land for various purposes across the country while around 3,330 acres land was under encroachments of different government departments and individuals.

Pakistan Railways was using 1,086 acres land for Railway Housing Societies in four provinces and 806 acres land was under the utilization of regular and non-regular slums, he added.