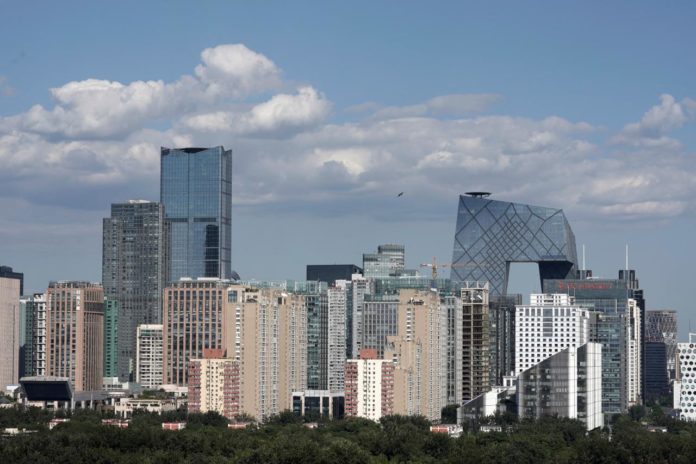 BEIJING: China must balance the need for stable growth while managing risks and maintain a prudent and neutral monetary policy, the State Council, the country’s cabinet, said on Sunday following a meeting of top economic and financial policymakers.

Data released on Friday showed the world’s second largest economy growing at its weakest pace since the global financial crisis, underscoring challenges for Beijing amid an escalating trade war with the United States and sluggish domestic demand.

The State Council Financial Stability and Development Commission held a special meeting on Saturday led by Vice Premier Liu He to discuss fending off financial risks, according to a statement published by the State Council.

Senior officials in the commission said China must properly balance needs for growth, de-leveraging and strengthening supervision, the statement said.

China has been gradually easing monetary and fiscal policy in recent months to support growth. The central bank earlier in October announced its fourth reserve requirement ratio cut of 2018 to cut funding costs, while the government has signalled it would increase infrastructure spending.

Regulators have emphasized in recent months the need to ensure proper funding support for smaller companies. Sunday’s statement on the state council commission’s meeting said China will focus on resolving financing difficulties of smaller firms and the private sector, adding that loans to promising companies facing short-term difficulties should not be blindly cut off.

It also said the government will encourage qualified private entities to set up funds that would support the private economy without elaborating further.