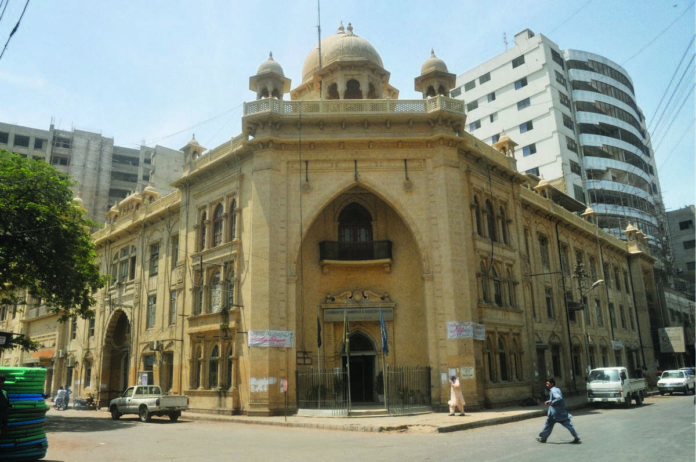 KARACHI: Karachi Chamber of Commerce and Industry (KCCI) President Junaid Esmail Makda has assured the members of All Pakistan Motorcycles Spare Parts Importers and Dealers Association (MSPIDA) that his chamber would leave no stone unturned in resolving their grievances regarding taxation, customs valuation rulings, duty structure, cleanliness, law and order, and electricity.

The MSPIDA delegation on Monday visited the KCCI to brief the office-bearers about the hardships being faced by them in dealing with numerous authorities.

The KCCI president on the occasion appreciated the MSPIDA members for their support to the Businessmen Group (BMG) during the chamber’s election which ensured clean sweep victory for all the candidates.

He stated that the chamber has already taken up the matter of harassment by the officials of the Federal Investigation Agency (FIA) with Finance Minister Asad Omar. “The finance minister has assured that the FIA officials would be asked to refrain from harassing the business and industrial community,” he added.

Referring to the concerns expressed by MSPIDA delegation over withholding tax and duty structure, he advised the delegation members to share the details in writing so that the chamber could better understand the issues and bring them to the FBR chairman’s notice.

“KCCI is constantly in touch with the authorities in Islamabad with a view to address numerous taxation issues,” he said, citing the recent meeting of KCCI’s delegation with finance minister in Islamabad.

He was of the opinion that taxation issues being faced by the business and industrial community must be resolved through proper legislations by bringing them to the notice of relevant standing committee in the National Assembly and Senate.

In response to concerns expressed over pathetic cleanliness conditions in various markets, he informed that KCCI has completed all its homework in this regard and would soon take up this serious issue with the Karachi mayor so that a practical strategy could be finalized and strictly implemented to ensure cleanliness and maintenance in various commercial markets of the provincial capital.

Commenting on the power supply issues being faced by shopkeepers of motorcycle market and other commercial markets, Makda advised all associations of the commercial markets to bring these issues to the chamber’s notice so that the same could be discussed with K-Electric. He was fairly optimistic that the utility service provider would certainly take these issues into consideration keeping in view the improved ties between KCCI and K-Electric.

He informed the delegation that KCCI’s Police Chamber Liaison Committee (PCLC) was actively engaged in resolving numerous law and order issues under the supervision of Hafeez Aziz.

“Any law and order issue being faced by the shopkeepers should immediately be reported to KCCI so that it could be brought to the notice of LEAs with a view to ensure relief to small traders who are an integral part of KCCI,” he added.