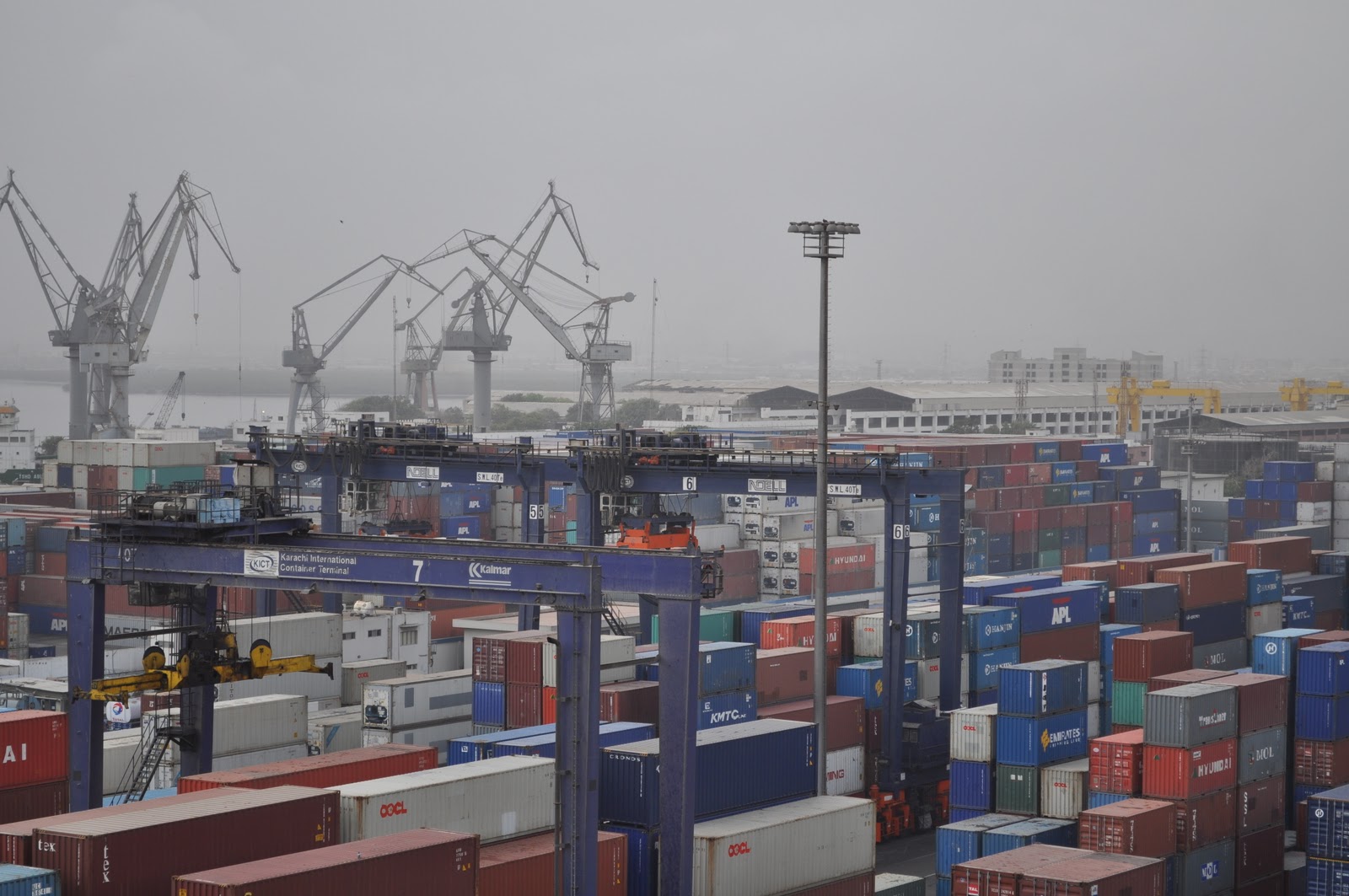 Backed by a dubious news organization, a “cartel” of local importers is blackmailing port users and operators in Pakistan, Pakistan Today has learnt. The companies affected by this blackmailing scheme include some of the biggest names in the global shipping industry, including Dubai Port World, International Container Terminal Services Inc., and Maersk Line of A.P. Moller.

This blackmailing scheme has come light at a time when the newly-elected government of Prime Minister Imran Khan is aggressively wooing foreign investors to the dollar-starved country by making promises about ease of doing business in Pakistan. In a boost to the government’s efforts, the World Bank’s recently-released Ease of Doing Business Index moved Pakistan up by 11 points, from number 147 to 136, on its rankings. Among the steps recognized by the World Bank to improve Pakistan’s competitiveness is that the Karachi port also made importing and exporting easier by developing a new container terminal and enhancing its customs platform for electronic document submission.

The five-member cartel consists of importers One Ten World, Xing Enterprise, Lucky Traders, an unregistered freight forwarding firm named Global Logistics Company, and an online news portal ‘Customs Today’. The importers appear to be involved in misdeclaration and under-invoicing of imported goods to evade applicable customs duties worth millions of rupees at Port Qasim and Karachi Port Trust (KPT). Port sources say that the companies have been involved in tax and duty evasion on importing toys for several years.

In one such case in July, the importers evaded taxes amounting to Rs 1.98 million. The importers have been misstating the nature of their consignment – under-invoicing children’s toys – to evade up to 30 percent of customs duties. “They used to remove the wheels from a complete unit to deceive the customs department,” the source said.

Meanwhile, the web portal Customs Today published defamatory news articles regarding the terminal operators and the port authorities to pressurize non-cooperative customs officials and praise high-ranking Federal Board of Revenue officials to curry favor with them. Recently, the website started a “defamation campaign” against Abdul Rasheed Sheikh, chief collector of appraisement at Pakistan Customs, and his team as retaliation for his orders to investigate the matter. Speaking on condition of anonymity, a customs official also corroborated this claim, saying that they have been facing this news “campaign” whenever they have caught the importers’ attempt to mis-declare and under invoice.

The cartel also targeted international ports and shipping giants. In the short span of 17 days (from August 1 to 17, 2018), the website ran at least 17 news stories against different port users and operators including Qasim International Container Terminal of Dubai Port World and Maersk Pakistan. The stories appeared after the two entities started to charge the importers with port demurrages and ship detention for their cargo that was detained by the customs department on account of under invoicing and mis-declarations.

“Maersk ship arrested, executives of QICT/DP World may also get arrested soon,” read a headline on the website on September 28, 2018.

The deceptive and coercive nature of the importers’ cartel can be gauged from the fact that they wrote an application to Assistant Collector Customs/Licensing Hameer Khan requesting that the authority penalize the shipping line Maersk by cancelling its license to operate in Pakistan and also force the company to pay 100% Waiver of Container detention charges. The customs official, under pressure by the importers, sent a letter to Maersk while attaching the complaint letter as well as a Delay & Detention Certificate. The cartel then used this customs official’s letter not only to fabricate a news item for the website but also shared it with other news channels and newspapers, claiming that “customs authorities” are considering cancelling the license of Maersk in Pakistan.

This claim was later clarified by Maersk Pakistan through an official clarification. In its reply to Khan, Maersk Pakistan stated that they had not collected any charges on account of demurrage from the complainant that needed to be refunded. Demurrage charges are collected by the Port Authority & terminal operators in case delivery of cargo is not claimed within the period when importers can collect items free of charge.

“It is clearly stated on the face of the carrier’s Bill of Lading that all destination charges, including THC (if not prepaid), are payable at destination by Merchant (as defined in the terms & conditions) as per local tariff,” the letter states. Hence, complainant’s contentions are also incorrect that any charges collected by the carriers are illegal as they are not mentioned in the Bill of Lading, which is a detailed list of a shipment of goods in the form of a receipt given by the carrier to the person consigning the goods.

Terming the contents of complaint filed by the importer M/s. One Ten World as incorrect, false, defamatory, and based on a misrepresentation of facts, Maersk Pakistan clarified to customs authorities that the complainant suppressed the fact that the respondent vide its letter dated 04.10.2018 had replied to all the allegations levelled by the complainant.

Maersk also claimed that at the time of issuance of the delivery order, the complainant, along with contractual consignee of carrier’s Bill of Lading M/s. Global Logistics & Transporter R.B. Brothers, jointly and separately furnished an indemnity bond on stamp paper that they would return the containers within five days from the date of passing the gate in sound condition. They also agreed to pay all accrued container detention & damage charges (if any) in case they fail to return empty containers within five days free of charge.

Maersk informed customs authorities that it was incorrect that the complainant M/s. One Ten World or its shipper/seller booked this shipment at Load Port Qingdao, China, with their principal Maersk Line as the carrier. “In fact, the shipment was booked by M/s. Sun Star Industries and consignee in Pakistan is Global Logistics Co.,” they said. “As such it is totally false that the complainant or its seller had booked this container with Maersk Line. There is no privacy of contract between Maersk Line & complainant. On request of Freight Forwarder M/s. Global Logistics Co. being the contractual carrier of the complainant, M/s. One Ten World was manifested in Customs Import Manifest as ‘consignee’ vide House Bill of Lading of the said Freight Forwarder,” Maersk letter states.

The Maersk Pakistan letter concludes: “Since the issuance of the delivery order till 28.09.2018, neither have we received any intimation/explanation from the complainant for its failure to take delivery, nor any written request for waiver of any kind of charges along with any kind of customs delay-detention certificate for carrier’s consideration on commercial grounds.”

The letter ends with Maersk categorically rejecting the complainant’s contentions as incorrect, false, and baseless in view of legal grounds and actual facts. “This is part of the harassment and blackmailing unleashed by the freight forwarder M/s. Global Logistics Co. through its website and purportedly the actual beneficiary of these ‘toys’ importers,” the letter states.

The contractual consignee of the Bill of Lading, freight forwarder M/s. Global Logistics Co., also owns/runs the web news portal Customs Today. Before furnishing the waiver letter as mentioned previously, the consignee started a defamatory campaign against the carrier and terminal operator using the website for an attempt to blackmail Maersk Pakistan.

Industry sources say that M/s. Global Logistics Co., using the same locus operandi, successfully blackmailed the other terminal operators and carriers to force them to waive the container detention charges against the delay-detention certificate that were later withdrawn by the competent authority. Various defamation suits have already been filed by carriers and terminal operators in connection with these practices. They said that All Pakistan Shipping Association (APSA) also raised its concerns in the media regarding blackmailing by the freight forwarder and the web news portal.

“APSA is gravely concerned at the heinous and libellous campaign that is relentlessly being conducted by an unregistered tabloid website ‘Customs Today’ for the past two months,” an APSA official told Pakistan Today. “The same [news items] are being reproduced by other news outlets against member shipping lines, terminal operators, and their respective principals, directors and employees.”

APSA, while strongly condemning the malicious, concocted and baseless campaign, regretted that despite repeated requests to regulatory bodies – the Pakistan Electronic Media Authority (PEMRA), the Ministry of Port and Shipping, and the Federal Investigation Agency’s Cybercrime Wing – the authorities have failed to take any action to stop this spread of malicious and false allegations by this unregistered website.

ASPA also requests President Arif Alvi and Prime Minister Imran Khan, the Minister of Maritime Affairs Ali Zaidi, as well as the Honorable Chief Justice of Pakistan to take suo motu notice of these baseless and defamatory allegations against world-renowned and respected shipping companies and terminal operators that have heavily invested and are operating in Pakistan.