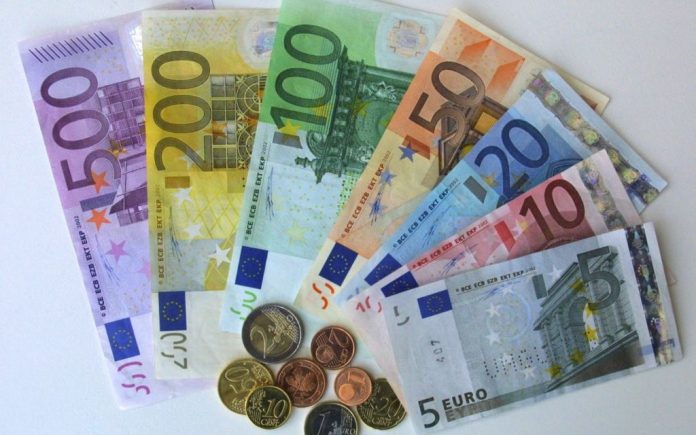 SINGAPORE: The dollar weakened on Thursday against the pound and euro, which rose after Britain’s prime minister won cabinet approval for her draft Brexit plan, although concerns about whether the proposal can clear parliamentary hurdles capped broader gains.

Prime Minister Theresa May won the backing of her senior ministers for a European Union divorce deal on Wednesday, pushing the euro and sterling up 0.8 percent and 1.2 percent against the dollar, respectively, from their intraday lows hit on Monday.

The draft divorce deal with the European Union struck on Tuesday would allow the United Kingdom to leave the EU with a deal that avoids a chaotic “hard Brexit” departure.

The dollar index, a gauge of the currency’s performance against six major peers, traded at 96.97, off a 16-month high hit on Monday.

The recent correction in the dollar index has been due to rallies in the euro and sterling, which together constitute around 70 percent of the weight in the index.

Despite their support, both pound and euro traded in narrow ranges in early Asian trade with analysts still seeing firm support for the safe haven greenback amid broader concerns about Brexit and global trade tensions.

Against the Japanese yen, the dollar gained 0.02 percent to trade at 113.63. Analysts think the dollar still remains the more favoured flight-to-safety currency over the yen and Swiss franc.

The Australian dollar gained 0.55 percent to trade at $0.7275 on the back of stronger than expected jobs data on Thursday.