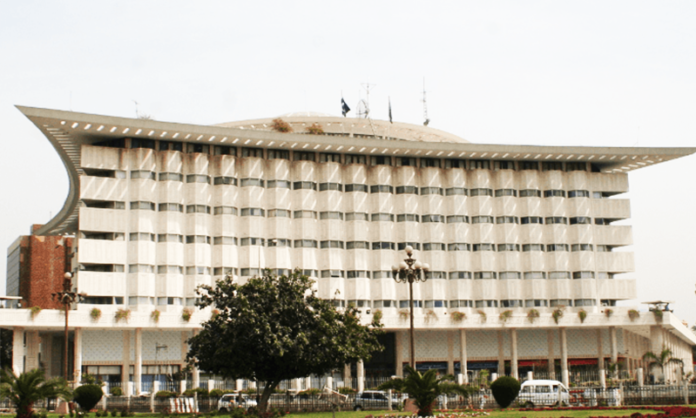 ‘Per capita water availability in Pakistan has come down from 5,650 cubic metres in 1951 to an alarming level of 908 cubic metres’

LAHORE: WAPDA Chairman Lt Gen (r) Muzammil Hussain on Friday briefed a delegation of the National Defence University’s (NDU), led by Maj Gen Muhammad Samrez Salik, on the current water scenario in the country as well as on the development projects of WAPDA in water and hydropower sectors.

Giving a run-down on the challenges faced by Pakistan in the water sector, the WAPDA chairman apprised the delegation that per capita water availability in the country has come down from 5,650 cubic meters in 1951 to an alarming level of 908 cubic meters per annum, pushing the country towards water scarcity.

He informed the delegation that the live water storage capacity that was 16.26 million-acre feet (MAF) in 1976 has decreased to 13.68MAF, which equals to a meagre 30 days carryover capacity. “In comparison, India has carryover capacity of 170 days, Egypt 700 days and America 900 days,” he deplored.

The chairman said that a sustainable long-term plan was required to tackle the looming water crisis in Pakistan. “Mechanism in vogue for implementing development projects in Pakistan will take us nowhere. The concept of paradigm shift is required to improve water situation and handle the monster of circular debt. The carryover water storage capacity has to be increased from 30 days to 120 days,” he added.

Likewise, he said, the ratio of low-cost hydel electricity also needs to be drastically improved.

Dilating upon the vision for construction of dams and hydropower projects, the chairman briefed the delegation that WAPDA plans to add 2MAF to water storage capacity by 2023 in the short term, 18MAF by 2030 in the medium term and another 23 MAF by 2050 in the long term.

He said WAPDA has already added 2,487 megawatts (MW) hydel electricity to the national grid by completing Golen Gol, Neelum Jhelum, and Tarbela 4th Extension hydropower projects, adding that the authority plans to add 4,582MW by 2023 and another 16,180MW by 2030.

He said that the challenges can be overcome provided there is a will and there are robust institutions. The chairman further said that construction work on two multi-purpose mega projects, namely Mohmand Dam and Diamer Basha Dam, will start in 2019. “Both projects have cumulative live water storage capacity of 7.07MAF and power generation capacity of 5,300MW,” he added.

The WAPDA chairman also responded to the queries raised by members of the delegation during the question-answer session.