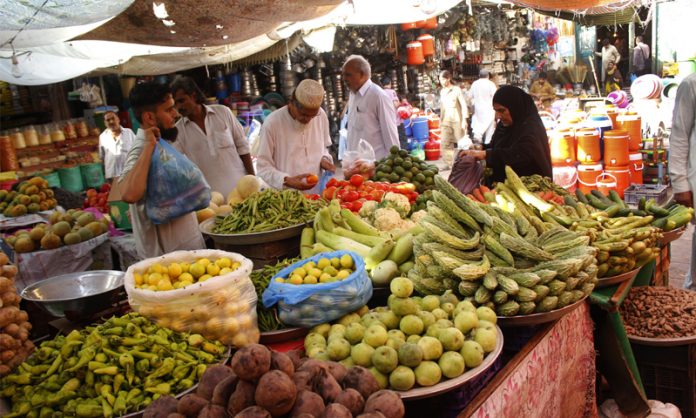 ISLAMABAD: The sensitive price indicator (SPI) for the week ended November 15 increased to 0.42 per cent over the previous week, and rose 5.71 per cent as compared to weekly inflation in the corresponding period last year, official data showed on Friday.

SPI for the income group earning up to Rs8,000 increased 0.41 percent during the week under review as compared to the preceding week.

PBS computes weekly price trend of 53 essential items from 17 urban centers. Average prices of 25 goods increased and five items decreased during the week ended on November 15 over the previous week.

Price of a kilogram of farm or broiler live chicken showed the highest increase of 7.40 per cent. Other items that increased include onions up three per cent, bananas up 2.87 per cent, washed moong up 2.4 percent, white lentil up 2.01 per cent, orange lentil up 1.84 per cent, potatoes up 1.59 per cent, gram up 1.15 per cent, eggs up 1.08 per cent, and packaged powdered milk up 0.53 per cent.