Govt in a fix over ‘tough’ IMF conditions 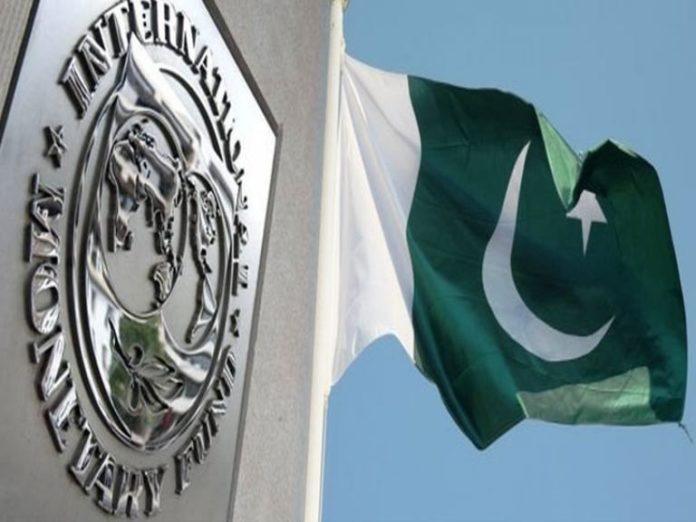 ISLAMABAD: The government is reportedly in a fix over the “tough” conditions imposed by the visiting team of the International Monetary Fund on Pakistan to avail another bailout programme.

Kickstarting the last round of talks on Monday, the IMF delegation, led by its mission chief Harald Finger, held meetings with the government officials to know their point of view on the reforms, sources claimed, adding that the deliberation for the next programme is likely to continue for another couple of days.

According to sources, the IMF team has reportedly asked Pakistan to increase the general sales tax (GST) by one per cent, from the existing 17 per cent to 18 per cent, in order to ensure maximum revenue through the taxation network. Besides, sources said, the fund has also recommended Pakistan to further devalue its local currency by Rs10 to Rs15 against dollar, as the existing rate is not according to the market.

The mission, as sources claimed, has demanded the government to increase the interest rate by more than 1 per cent, to launch a crackdown against tax evaders and also to slash line losses of the electricity, besides further increasing gas and electricity prices.

According to sources, the IMF review mission would stay in Pakistan till November 22. Until then, it would work on formulating a Technical Memorandum of Understanding as well as a Memorandum of Economic and Financial Policies (MEFP) and Letter of Intent (LoI) in order to disburse the loan and set the terms and conditions. The LoI and MEFP would be signed only if an agreement is reached.

Meanwhile, the government, keeping the strict conditions of IMF in view, is planning to delay the negotiation for the time and is focusing on approaching friendly countries like Saudi Arabia, China, United Arab Emirates and few others for financial assistance.

Sources said that the high ups of the government, in their efforts to avoid the tough conditions imposed by the fund, are considering delaying the package by up to 3 to 6 months.

It is pertinent to mention that the IMF officials directed the government to overhaul the tax machinery, as “the Federal Board of Revenue has failed not only to increase the tax revenue but also to give any substantial proposal to increase the tax base”.

The delegation noted that only 60,000 people filed their sales tax return out of the total 3.4 million commercial connections of electricity. In addition, the IMF officials slammed the tax department on non-implementation of tax reform commission proposals.

The IMF also called the government to pay heed to the pending cases of tax department as FBR could not collect the billions of rupee revenue owing to court cases.

ISLAMABAD: The 5th meeting of Pakistan China Joint Working Group (JWG) on Gwadar has finalized deliverable projects which would be placed before the next...
Read more
- Advertisment -