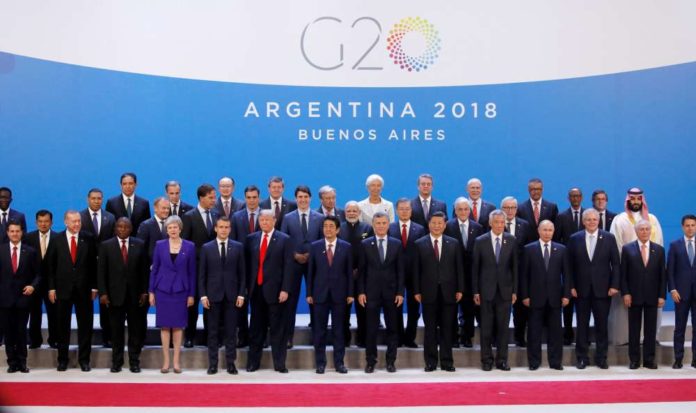 Group of 20 nations have agreed that the current global trading system has flaws and needs reform, in a communique that failed to reference protectionism for the first time.

Representatives of each country agreed to a statement that says geopolitics threatens growth, while it recognizes the benefits of multilateral trade. But the group also noted that the current system falls short, according to an available copy. The statement commits to pursuing reform of the World Trade Organisation.

The multilateral trading system is “falling short of its objectives and there is room for improvement,” the document says, in an apparent nod to the criticism that has come from President Donald Trump as he takes the US on a more protectionist path. Leaders will discuss WTO reform at a meeting in June. The statement also makes only one mention of climate change and notes both the US exit from the Paris Agreement and other countries’ ongoing support for it.