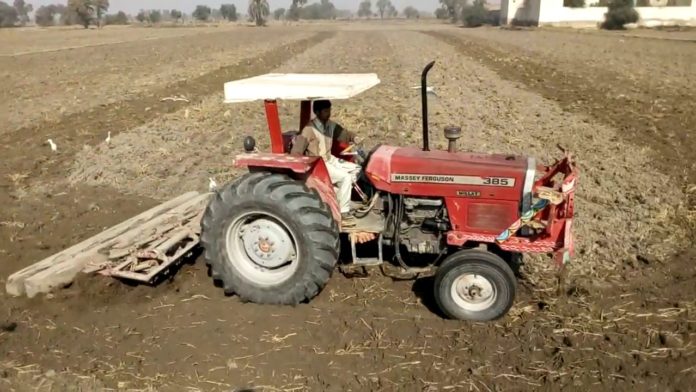 LAHORE: Two tractor-assembling plants are moving towards closure as tractor bookings dropped sharply by 70 per cent, it was learnt on Monday.

Pakistan Association of Automotive Parts and Accessories Manufacturers (PAAPAM) former chairman Mumshad Ali said that the drop has come after a strong growth in the last two years where the industry produced between 60-70,000 tractors annually.

“The two-year growth came as a result of Pakistan Muslim League-Nawaz (PML-N) government’s favourable policies towards the agriculture sector as well as the commencement of work on the China Pakistan Economic Corridor (CPEC),” the former chairman noted. “As CPEC projects are put on hold and rupee devaluation is leading to a price increase, a significant drop in tractor sales was imminent.”

He said the sales of tractors were a good indicator of the country’s economic health, adding that the industry brought employment to some 100,000 skilled people, based mainly in Lahore.

According to industry insiders, this financial year will close with less than 50,000 units sale compared to more than 70,000 sales last financial year, as investors have pulled their money out of the industry to find other avenues.

They said the industry had witnessed a similar drop in the past as well owing to different reasons, such as the imposition of general sales tax, tractor subsidy schemes, import of new and used tractors, commodity price crashes, floods, and crop failures.

This boom and bust cycle is a big impediment in the growth of the sector in terms of volumes and quality, they said, adding that the industry held great potential for exports to Africa due to the price, design and durability of the Pakistani tractor.

They suggested the government to formulate policies in favour of the Pakistani farmer and immediately restart work on the CPEC projects in order to uplift the industry.