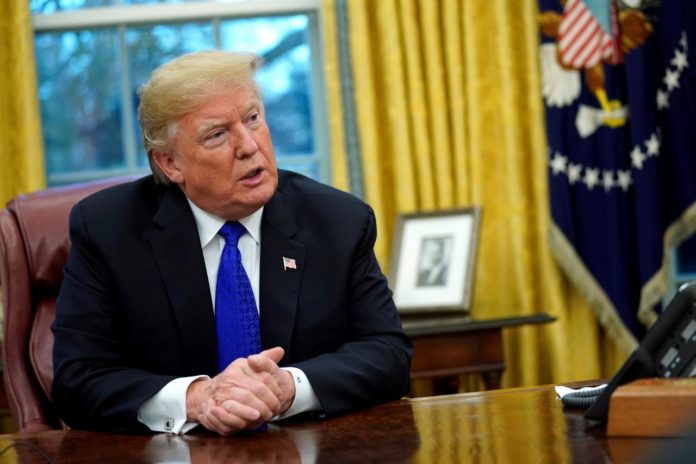 WASHINGTON: US President Donald Trump on Monday again criticized the Federal Reserve for its current series of interest-rate increases, days before the US central bank is expected to push up interest rates again.

“It is incredible that with a very strong dollar and virtually no inflation, the outside world blowing up around us, Paris is burning and China way down, the Fed is even considering yet another interest rate hike. Take the Victory!” Trump wrote in a tweet.

Almost all economists expect the Fed to raise rates again at its meeting this week, while many also see the central bank making increases next year, although at a slower pace in the face of a possible economic recession.

Trump has loudly and frequently blasted the Fed in recent months for this year’s tightening, especially as volatility has rocked the stock market and yields in the Treasury bond market have begun to show signs of a possible recession in the near future. In an interview last week, Trump said he needed the flexibility of lower interest rates to support the broader US economy as he fights a growing trade battle against China, and potentially other countries.