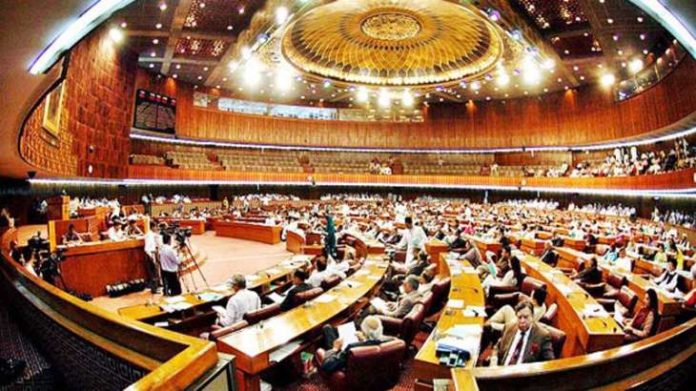 ISLAMABAD: The Sui Southern Gas Company Limited (SSGCL) on Monday informed the Senate’s Standing Committee on Petroleum that it was currently facing a shortfall of 115 mmcfd (million cubic feet per day) gas in the transmission network due to depletion of natural gas reserves and curtailment in production fields.

“In the current year, the company received around 12,000mmcfd gas as compared to 1,280mmcfd gas it received last year in the same period,” SSGCL Managing Director Muhammad Amin apprised the committee meeting, which was chaired by Mohsin Aziz.

He said the company was making all-out efforts to bridge the gap between demand and supply of the commodity at the earliest by implementing its load-management plan.

He said the shortfall of 80mmcfd was due to the natural depletion of indigenous gas reserves and in addition to reduction in gas supplies from Kunner and Gambat fields because of condensate storage problem at the fields and refineries.

In order to ensure supply to domestic consumers in prevailing gas shortfall, he said, the company issued notices to captive power customers in October 2018, intimating that it would not be able to provide gas from December to February. Under their agreements, the customers should make alternative fuel arrangements, he added.

The body expressed serious concerns over low gas pressure and load-shedding in different parts of Sindh, saying that depriving the province, which is producing around 70 per cent of the country’s total natural gas, from its due share was not justified.

The SSGCL MD said gas price was charged as per the rates notified by Oil and Gas Regulatory Authority, adding that the company was not receiving any Liquefied Natural Gas supply and its total reliance was on indigenous natural gas production.

He shared with the committee that in the recent past no substantial gas discovery had been made, while existing reserves were depleting constantly, so there was no significant addition in net production of natural gas.

Commenting on increased volume of unaccounted for gas (UFG) in Balochistan, the MD said it was working on a plan to introduce fixed tariff in the province for consumers throughout the year, to minimise losses.

A senior official of the Petroleum and Natural Affairs Division of the energy ministry said that around 10 per cent constant depletion in natural gas reserves was being recorded, highlighting the importance of expediting oil and gas exploration activities in potential areas on war-footing.

Representatives of Sui Northern Gas Pipeline Limited said the company had managed to overcome UFG losses in Punjab, but it was facing difficulties in Karak district of Khyber Pakhtunkhwa.

They said the company, in collaboration with the provincial government, was working on a project to lay a network of supply lines in the district to prevent gas theft, adding that it was just waiting for funds to execute the project.

Among others, the meeting was attended by Senators Taj Muhammad Afridi, Imamuddin Shouqeen, Sherry Rehman and Sassui Palijo, besides senior officials of the Petroleum Division and its attached departments.

Export target of kinnow set at 350,000MT this season