AirSial ready for takeoff, gets go-ahead from PM Imran 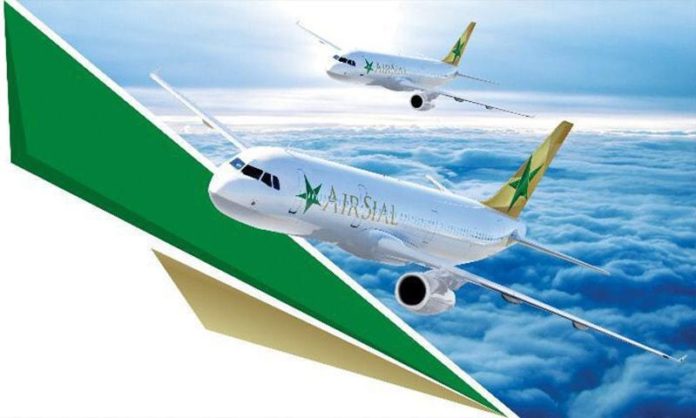 A high-level meeting was conducted which was attended by Special Assistant to the Prime Minister on Youth Affairs Usman Dar, AirSial Chairman Fazal Jillani and other members of the local business community along with the prime minister and Minister for Privatisation and Aviation Muhammad Mian Soomro in Sialkot, reported an English Daily.

According to the airline chairman Fazal Jillani, the airline will commence its operations from 2019 and will serve both local and international destinations. Moreover, the airline has been launched as a collaboration between different private sector companies.

The businessmen thanked the premier for the government’s assistance in the launch of the airline.

PM Imran remarked that Sialkot is fast growing city and has the potential of becoming a major export and investment hub in Pakistan. He also assured that the government would provide additional facilities and support to the area.

PM Imran also added that “The airline’s launch will create jobs and stimulate business activity in the region.”

Previously in 2009 the local business community in Sialkot had built an airport on self-help basis and planned on launching a local airline to allow easy travel both domestically and internationally for the local traders along with opportunities to boost exports.

The airline was to be established under the joint supervision of the Sialkot Chamber of Commerce and Industry (SCCI) and Sialkot International Airport.

Moreover, the local business community plans to set up a food and vegetable processing/packing centre close to the airport to boost exports.