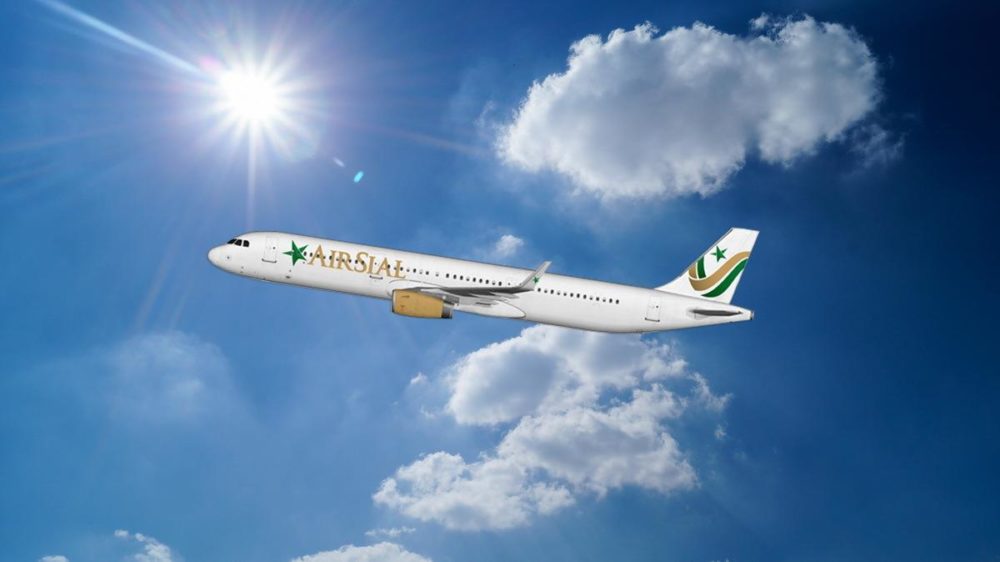 Amongst the town and cities of the undivided Punjab – quite like, Jalandhar, Amritsar, Lyallpur, Ludhiana and Hoshiarpur – Sialkot, the north-eastern entry point to the fabled state of (now Indian Occupied) Kashmir, was small in size, but by no means insignificant in terms of producing men with intellect and enterprise. The last of the two from the indisputably acknowledged quartet of great Urdu poets, Iqbal and Faiz, were both from Sialkot – and of Mission School and Murray College. And so was Maulvi Mir Hasan, mentor to both Iqbal and Faiz.

Post-partition, the get-up-and-go spirit of the Sialkotis manifested itself by the city turning itself into the sports gear and surgical instruments capital of the world – to the extent that for its quadrennial global showpiece, the World Cup, the FIFA relies on the craftily produced hand-stitched soccer balls from Sialkot.

Sports goods, clothing, surgical instruments, and leather products, Sialkot produces these and every year rings up as much as 10 percent of the country’s entire exports – $2 billion to be precise. Catering to almost 100 national and international brands, Sialkot’s industry also employs nearly half a million skilled and unskilled force; 400,000 of it directly while another 100,000 in related jobs including vendors and traders.

The city has been able to negotiate through the country’s worst period in terms of declining exports. As overall exports took a tumble from $25 billion-plus in 2013 to under $20 billion by the middle of 2017, Sialkot’s was able to hold its own in the world market. This could partially be explained by the fact that Sialkot has small and medium enterprises which do not require massive subsidies or protection. To prosper, trade-friendly policies are all they hanker for.

Former president of Sialkot Chamber of Commerce and Industry Fazal Jilani said, “the Sialkotis are a community.” They know that there are not many incentives for people from other regions to care for the city and they will have to help themselves if they want to bring about any change. Lucky for Sialkot, the government sometimes makes itself available for matching grants when the locals themselves are bent on something – be it the construction of roads, industrial areas or recreational facilities.

The success story of Sialkot International Airport Limited (SIAL) isn’t an unknown one. Situated 8.7 miles west of Sialkot, it is the first privately owned public airport in Pakistan and perhaps the only one in South Asia. Save the new greenfield Islamabad International Airport – scheduled to open in December – it also has the longest runway in Pakistan. Less than seven years into operations, Sialkot airport is host to almost 58 flights every week – with an average of 38,000-40,000 passengers embarking or disembarking from here. The Emirates, Qatar Airways, Flydubai, Gulf Air, Salam Air, Air Arabia, PIA, Shaheen and Airblue, all have SIAL as one of their destinations.

Titled as Air Sial, Sialkot’s industrialists/exporters are now poised to launch an airliner of their own.

Fazal Jilani, the Chairman of Air Sial, spoke to Profit to give us a low-down on the soon-to-take-flight airline. “Everyone talks a lot about the government not doing much for us, but the thing about the people of Sialkot is they take the bull by its horns.” In the next breath, he mentioned the government lending a hand, “once it saw that we were determined” to do it anyway.

Despite being smaller in size compared to other larger chambers, Sialkot’s Chamber of Commerce and Industry (SCCI) has emerged more public-welfare oriented than others. “We deliver because once a proposal is agreed upon, the members and the entire community owns it”, said Fazal Jilani. The SCCI currently has about 9,000 active members, with a governing body of 20-odd. “Having served as the Chamber president for two years, I know full well how motivated the governing body is and how cooperative the members are once we decide on an initiative.”

With Pakistan International Airlines’ (PIA) – once the nation’s pride – suspending its operations to the US due to annual losses of $0.4 billion, Jilani has next to no hope for the flag carrier hitting the recovery curve anytime soon. “Once PIA was amongst the top three airlines in the world. Now it is nowhere. With all things being as they were – nearly 25,000 employees serving 18-20 aircraft – it’s not viable by a long shot.

“Meanwhile, there is a yawning gap in the market for an efficiently-run airline. Since we’re already running an airport, we know it.

“We belong to the business community and we realised that we don’t have good flying facilities of our own. We also saw that none of the airlines in the market met the needs of our community,” said Jilani.

At the same time, Air Sial is acutely aware of its limitations. “We neither can nor intend to compete with international carriers like the Emirates or the Qatar Airways. Not today, not ever. We will only be competing with similar local private sector airliners.”

The airline’s launch has been an arduous but self-fulfilling process. A community-based project, it has 200 directors, each investing Rs10 million to make it a neat Rs2 billion. “Every step of the process consumes time and effort, starting from motivating people, putting the process in place and then obtaining the license. It commenced in my tenure as the chamber president, and in the backdrop of the airport’s success it was not too difficult to convince people to come on board,” said Jilani.

Initially, each investor was asked to pitch in with Rs5 lakh to complete the first step – registering Air Sial with the Securities and Exchange Commission of Pakistan (SECP). A complication arose, as in one company the SECP only allows a maximum of 25 directors. Until then, 110 were already on board. So, these 110 dubbed as ‘promoted directors’, were to decide among themselves which 25 would be registered with the SECP. Jilani explained, “It took a couple of months but the 25 directors were eventually named without much of a hiccup. When everyone is pulling in one direction, cooperation comes easy.”

The next step was to apply for a license that not only required submission of detailed information of all investors to IB, ISI, MI, and other state authorities but also a business plan to the Pakistan Civil Aviation Authority (PCAA). “That took another seven to eight months. The PCAA was very supportive, indeed appreciative of the initiative.” Having pushed through several stages of increasing registered capital investment as and when needed with the SECP, dozens of rounds of discussions and submission of piles of paperwork with PCAA, in the first week of October, Air Sial has finally been issued a license. “The celebration is still due.

“No one amongst us belongs to the aviation industry or any related field, but we decided to go for it – and now it is happening.”

Just like the Sialkot Airport, Sial Air is also a public limited company, but not listed on the stock exchange. The core management team is in place with Mian Ameen Ahsan as CEO, but the organogram is still to be worked out. The SCCI plans to hire professional experts for every department from marketing to airline staff to flight attendants. The airline will begin operations with three planes that will most likely be narrow body aircraft or airbuses. The chamber is currently in negotiations with international leasing companies for aircraft procurement. According to the chairman, Air Sial shall take to air in May-June, 2018.

Regarding the airline’s operational plans he said, “Other local airlines fly regionally, only up to the Middle East. We too shall commence with flying to the Middle East including Jeddah, Dubai, and Qatar, but we won’t stop there. Our plan includes reaching up to Europe in the next 3-5 years, and then fly farther – to North America. We will decide on it after looking at the routes that suit us the most.”

On the pricing and the target group, supremely self-confident Jilani said, “Air Sial will be for everyone. As for pricing, at the moment, I cannot disclose the details. But I’m positive, even prior to its launch, Air Sial would be sold to capacity – because of quality of service and competitive pricing. Look, everybody knows what the international and local airlines are offering. So, we’d enter the fray by topping it up.”

Profit, not the only prime mover

Despite being a for-profit, the primary target of the airline is not to make money. “All 200 people who invested in this airline are already successful in business. Not one of them is dependent on this airline to run their kitchens. Our primary objective is to facilitate our passengers. If the customers are happy and satisfied, the profit would come by itself.”

It is not just SIAL or Air Sial. The Sialkotis are known for helping themselves when it comes to the development and upkeep of their city. In the past two decades alone, Sialkot has seen massive improvement not only in its industrial infrastructure but also its residential neighbourhoods, with discernible improvement in the road network and quality of life – most of it spawned by the denizens on their own.

On the general sentiment of the people in Sialkot, Jilani said, “We are businessmen, and when it comes to investing, to us it’s not just our factories and employees. The entire city is ours, and when we have international patrons coming over, we do not want to present them with a dilapidated-looking place. They would think twice while doing business with us if they thought we were not treating our people or our city properly.”

Jilani laments, there is only so much that the businessmen can accomplish on their own. “The government officials ask us, how can we increase exports? But they never listen to what we tell them.”

Presently, Sialkot is meeting around 70% of the global demand for surgical instruments. But in order to expand on that, better technology and better-skilled people are the need of the hour. “We can import computer numerical control (CNC) machines but where will we find people with the requisite skill to operate them. There is no technical training institute. We have a few of our own but they simply do not suffice.

“The tragedy with our country is that we never look at the grassroots level. We never try to solve the reasons of a problem but just concentrate on the superficial.” If the government facilitates the exporters in training the workforce to become technologically advanced, nothing would stop Sialkot and Pakistan in making its mark on the world economy. “‘We have told the government many times over that the solution to the economic issues lies in not just expanding exports. It is rather into training people in modern technology which in turn would help create employment and make the country’s economy grow.”

With the prevalent attitude, Jilani maintained, Pakistan might not gain much from the CPEC either. “They talk about $46 billion investment coming into the country. When our exports are already taking a tumble, what are we going to do with that $46 billion? It should have been a boon for us, but that would have only been possible if the local industry was strengthened first. And that is not happening.

“The only solution to all our economic problems is having a clear vision. With self-interest the only motivation, nothing can be accomplished.”