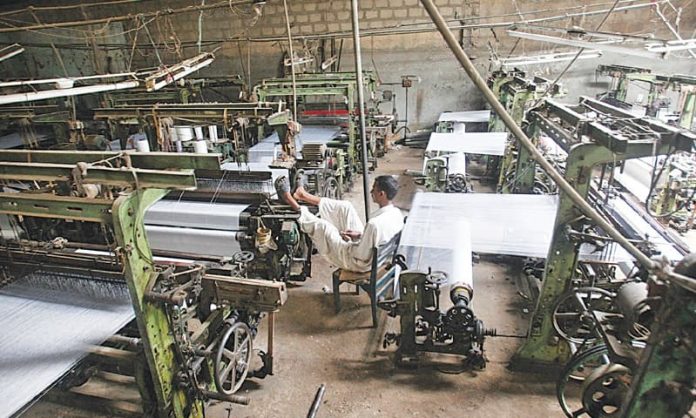 KARACHI: All Pakistan Textile Mills Association (Sindh and Balochistan) Chairman Zahid Mazhar has urged the government not to deprive the industries of Sindh of their constitutional right in the supply of natural gas.

Zahid Mazhar, in a statement issued to the press on Monday, said that Sindh was producing about 67pc of system gas while consuming only 39pc of the gas produced in the country.

“Despite this contribution, the industries of Sindh are being denied of their constitutional right,” he said, adding that gas being produced in Sindh should at first be supplied to the province and afterward, surplus gas should be passed on to the other provinces in line with Article 158 of the Constitution of Pakistan.

He said that the textile industry was not only facing the problem of weekly closure of gas every Sunday but was also facing the issue of low gas pressure, which was resulting in heavy production losses and de-industrialization.

Apart from that, the low gas pressure was disturbing the production lines, delaying exports and causing damages to costly plants and equipment, he deplored.

“Low gas pressure is equivalent to having no gas at all. Depriving Sindh of its rightful share was totally against the assurance given by Prime Minister Khan that uninterrupted gas and electricity would be supplied to the export-oriented industries, including textiles, which was earning more than 60pc of the much-needed foreign exchange. It is also against the government policy of industrialization and export-led growth,” he added.

Mazhar said that the gas suspension to the Sindh-based industry, which makes 52pc of the country’s total exports, was resulting in a loss of foreign exchange and revenue. He said production of export-oriented industries has shrunk since the export sector has been compelled to work only six days a week instead of functioning round the clock.

“In other countries, governments give priority to their export-oriented industry in the supply of gas and energy, whereas domestic and commercial sectors are provided with LPG or LNG. On the contrary, in Pakistan, our precious natural gas is being supplied to domestic and commercial sectors at the cost of industries. This has resulted in de-industrialization besides decreasing the manufacturing sector’s share in the GDP from about 22pc to 19pc in the last financial year,” he added.

Mazhar urged the federal and provincial governments to look into the issue on an urgent basis and issue instructions to the Sui Southern Gas Pipeline Limited to ensure continuous and uninterrupted gas supply to the industry of Sindh and Balochistan in general and export-oriented sector in particular, otherwise the industries would be compelled to close their operations, which would create not only irreparable losses to the economy but would also result in massive unemployment.