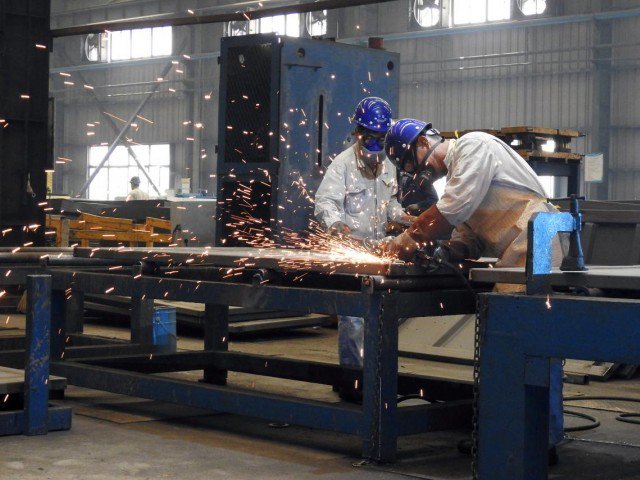 ISLAMABAD: The large-scale manufacturing industries (LSMI) of the country has witnessed a decline of 0.9pc during the first five months of the current fiscal year as compared to the corresponding period of last year.

Talking to this scribe, Pak Kuwait Investment Co Research AVP Adnan Sheikh said devaluation of rupee and import duties have led to price increases in the local market which has in turn affected demand, as evident by latest LSM depicting 0.9pc contraction.

He said the analysis shows a steep fall in the output of major sectors where raw materials were imported, adding that the most affected sectors included pharmaceutical, iron and steel, petroleum and electronics.

It is pertinent to mention that the provisional QIM is being computed on the basis of the latest production data of 112 items received from sources, including Oil Companies Advisory Committee (OCAC), Ministry of Industries and Production (MoIP) and Provincial Bureaus of Statistics (PBoS). OCAC provides data of 11 items, MoIP of 36 items while PBoS proved data of remaining 65 items.