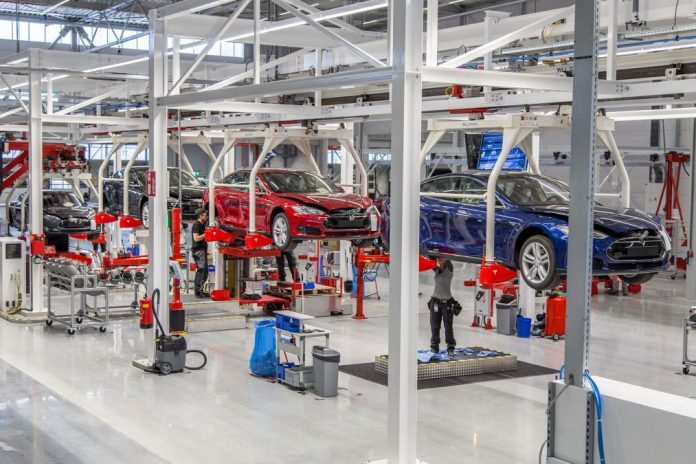 Tesla Inc said on Friday it would cut thousands of jobs to rein in costs as it plans to increase production of lower priced versions of its crucial Model 3 sedan, sending its shares down 7pc.

The company, which has struggled to achieve long-term profitability and keep a tight lid on expenses, also said it expects fourth-quarter profit to be lower than the previous quarter.

Chief Executive Officer Elon Musk said the company would need to deliver at least the mid-range Model 3 version in all markets starting around May, as it needs to reach more customers who can afford the vehicles.

In addition, Tesla said it needs to continue making progress toward a lower-priced Model 3.

Musk has been under intense pressure to stabilize production of the Model 3, a car that was unveiled in early 2016 to great fanfare and seen critical to the company’s long-term viability.

But Tesla has scrambled to get the Model 3 into the hands of customers, many of whom have been waiting since early 2016, and Musk said last year that Tesla had moved from “production hell to delivery logistics hell.”

This is Tesla’s second job cut in seven months and comes just days after it cut US prices for all vehicles and fell short on quarterly deliveries of its mass-market Model 3 sedan.

In a memo to employees on Friday, Musk said 2018 was the “most challenging in Tesla’s history,” adding the company hired 30pc employees last year which was more than it could support.

“I want to make sure that you know all the facts and figures and understand that the road ahead is very difficult,” Musk said. “There isn’t any other way.”

Musk said the need for lower priced versions of Model 3 becomes even greater on July 1, when the US tax credit again drops in half, making the car $1,875 more expensive, and again at the end of the year when it goes away entirely.

“Headcount reduction is part of the process of reducing Model 3 price point with the lower range battery and offsetting the reduction in US federal tax credits,” Jefferies analyst Philippe Houchois said.

Tesla sales benefited from a $7,500 federal tax credit on electric vehicles throughout 2018, but that full credit expired at the end of 2018, and new buyers will now receive only half that amount.

“This quarter, as with Q3, shipment of higher priced Model 3 variants (this time to Europe and Asia) will hopefully allow us, with great difficulty, effort and some luck, to target a tiny profit,” Musk said.

Musk, who has often set goals and deadlines that Tesla has failed to meet, surprised investors by delivering on his pledge to make the company profitable in the third quarter, for only the third time in its 15-year existence.

Tesla said on Friday it would reduce full-time employee headcount by about 7pc and retain only the most critical temps and contractors.

In June, the company said it was cutting 9pc of its workforce. Musk had tweeted in October that the company’s team had 45,000 people.