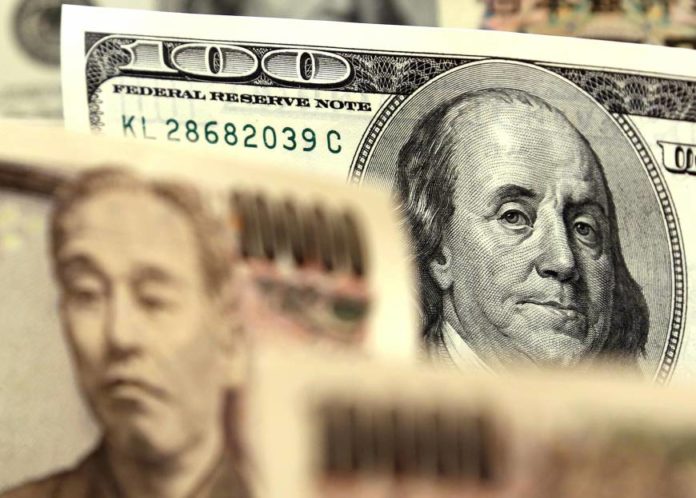 SINGAPORE: The dollar hovered near 2-week highs against its peers on Tuesday as a slowdown in China’s economy to 28-year lows fanned fresh worries over global growth and prompted investors to move into safe-haven currencies.

Overnight, the International Monetary Fund (IMF) cut its 2019 and 2020 global growth forecasts, citing a bigger-than-expected slowdown in China and the eurozone, and said failure to resolve trade tensions could further destabilize a slowing global economy.

The downgrade came just hours after China reported its slowest quarterly economic growth since the financial crisis and its weakest annual expansion since 1990.

The dollar index, which measures its strength against a group of six major currencies, was steady at 96.33, holding near a 2-week high of 96.43 hit on Monday.

The yen, another safe-haven currency, was steady against the dollar, fetching 109.64 in early trade. The Bank of Japan (BoJ)is widely expected to keep its policy unchanged at its Jan. 22-23 meeting. Analysts expect monetary policy to remain highly accommodative in Japan this year.

On the whole, the dollar is also facing indirect pressure from slackening momentum in the global economy which has forced the U.S. Federal Reserve to take a cautious approach on any further interest rate increases. Speculation is rife the Fed might soon pause its tightening cycle.

Sterling continued to wobble. With little time left until the United Kingdom is due to leave the European Union on March 29, there is no agreement in London on how and even whether it should leave the world’s biggest trading bloc and a growing chance of a dramatic ‘no-deal’ exit with no provisions to soften the economic shock.

Prime Minister Theresa May’s Brexit deal was roundly rejected by parliament last week and on Monday she set out a proposal to overcome the impasse by seeking further concessions from the EU on a plan to prevent customs checks on the Irish border.

The euro was flat at $1.1367. The single currency is likely to remain under pressure as growth in Europe’s economic powerhouses, Germany and France, is languishing and inflation remains weak. The European Central Bank is widely expected to maintain an accommodative mode for this year.

The Australian dollar fell by 0.13 percent to $0.7148. The Aussie dollar is likely to remain under pressure due to the weakening sentiment toward China, its largest trade partner.