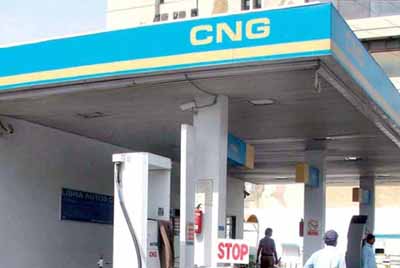 ISLAMABAD: The incumbent government has forgone approximately Rs125 billion to the owners of fertilizer, textile, captive power plants, and general industry – which they had collected from farmers and masses under the head Gas Infrastructure Development Cess (GIDC).

Sources in the finance ministry informed that the ministry had obtained an approval from the federal cabinet to forgo more than Rs125 billion under GIDC, which the influential owners of fertilizer, textile, captive power plants, and general industry had already collected from the farmers and the masses in last three years, without consulting relevant ministries.

It is relevant to mention here that the cabinet on Thursday decided to bail out three major defaulters by waving off 50 per cent outstanding amounts to the tune of Rs200 billion. However, major losers in this decision would be the poor farmers who had paid around Rs125 billion in GIDC to the fertilizer industry.

Last year, through an amendment to the GIDC Act, the government had notified to collect 50 per cent of the cess levied or charged from January 2012 to May 2015 in two tranches for the Compressed Natural Gas (CNG) sector. As per that notification, the All Pakistan CNG Association agreed to pay the due amount of Rs12 billion.

It is relevant to mention that fertilizer producers, captive power plant owners, and CNG filling outlets had owed the government Rs400 billion on account of GIDC, a big amount which they had kept with them after obtaining stay orders from courts.

In the last five years, the government had missed its actual collection target of GIDC by an average 56 per cent, as Sindh High Court (SHC) in its verdict concluded that GIDC ultra vires the constitution. Currently, this case is pending with the Supreme Court (SC).

The sources further said that the fertilizer industry has been charging farmers with Rs405 under the head GIDC over the sale of each bag of urea. They said that the industry has so far collected approximately Rs40 billion from the farmers but have still not paid GIDC to the government.

The owners of fertilizer plants have withheld this amount in the company’s bank accounts since October 2016 and they are reaping benefits from the amount withheld, said sources.

The GIDC was imposed by the Pakistan Peoples’ Party (PPP) government on gas consumers, including fertilizer, captive, and CNG to raise funds to execute gas pipeline projects like gas pipelines and the LNG project.

However, the levy became controversial when the Pakistan Muslim League-Nawaz (PML-N) government, instead of spending the amount on building pipeline projects, made it part of the budget. Later different sectors approached the court and obtained stay orders.