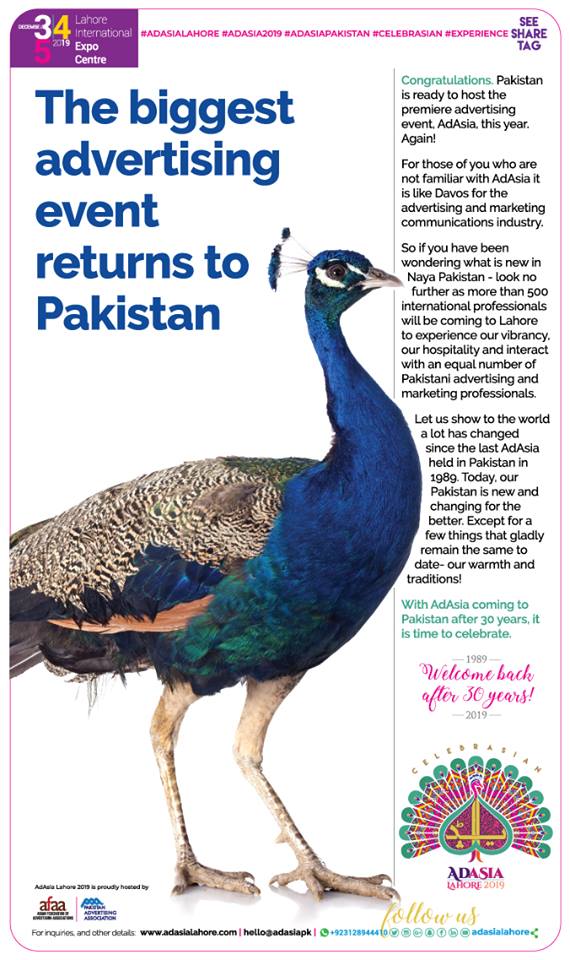 In a logo unveiling ceremony held at Faletti’s Hotel Lahore, on Sunday, it was revealed that AdAsia 2019 —Asian Advertising Congress is going to be held in Pakistan this year.

AdAsia is the largest and most prestigious advertising congress in Asia, organized bi-annually by the Asian Federation of Advertising Associations (AFAA).

The AdAsia 2019 Congress will be held in Lahore at the Lahore International Expo Centre from December 3 to 5. The theme for the Congress is ‘Celebrasian: Celebration of Advertising and Creativity in Asia’. 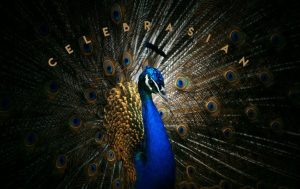 The event is expected to feature more than 1000 participants from advertising and creative communications from around the world, majorly Asia and more particularly South Asia.

AdAsia 2019 is the 31st advertising congress being hosted by Pakistan from December 2-5 this year.

It is the second AdAsia to be held in Pakistan. In 1989 Pakistan hosted the 16th AdAsia.

Prime Minister Imran Khan along with Finance Minister Asad Umar have also been invited as guest speakers to speak at the occasion.