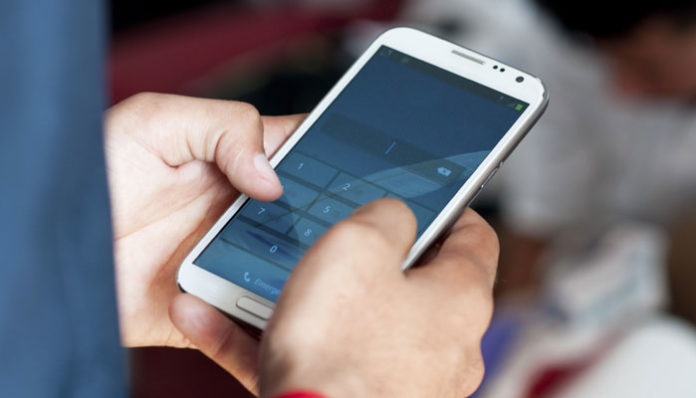 SAN FRANCISCO: The smartphone market is down but not out, with high prices and other factors combining to chill what had previously been a red-hot sector.

Fresh surveys show global sales had their worst contraction ever in 2018, and the outlook for 2019 isn’t much better.

Still, analysts don’t see the sun setting any time soon on the smartphone era, seen as a must-have device for many people around the world.

“They don’t have a viable replacement yet,” independent Silicon Valley analyst Rob Enderle said of the smartphone.

“There is always the possibility to go to wearables or head-mounted displays, but none of those have emerged as a real threat.”

Worldwide handset volumes declined 4.1 per cent in 2018 to a total of 1.4 billion units shipped for the full year, according to research firm IDC, which sees the potential for further declines this year

Another market tracker, Gartner, said its research suggested some stabilization in the smartphone market at the end of last year, said analyst Werner Goertz.

“Mobile phones are here to stay,” Goertz said, while suggesting that consumers may be waiting for some devices with new features.

Analysts pointed out that other tech products such as personal computers have seen similar ebbs and flows.

“Markets will always have slow moments when companies have to spend more on marketing money to get people to go out and buy stuff,” Enderle said.

He added that some consumers are holding off on replacing their devices amid price hikes for premium devices like Apple’s iPhone.

During a recent earnings call, Apple chief executive Tim Cook agreed that people were holding onto their iPhones longer.

Cook contended that another reason for slower iPhone sales was that telecom carriers were cutting subsidies of handsets tied to service contracts, meaning customers were faced with paying the full price of $1,000 or more for high-end models.

“In emerging markets, you can’t get people to pay a quarter of their monthly income for a phone; they are not giving up food for texting.”

In an unusual move, Apple lowered prices in some emerging markets to offset the effects of a strong US dollar on local pocketbooks.

Cook said that in January, in some locations and for some products, Apple “absorbed part of the foreign currency move” to “get close or perhaps right on” prices in those respective markets a year ago.

“So yes, I do think that price is a factor,” Cook said.

Nonetheless, the latest data suggests the days of red-hot smartphone growth are over and that sluggish growth or contraction is likely in many saturated markets.

Apple recently reported a rare drop in revenue in the fourth quarter South Korea’s Samsung, the largest smartphone maker, reported a slump in fourth-quarter net profits, blaming a drop in demand for its key products.

“Outside of a handful of high-growth markets like India, Indonesia, (South) Korea and Vietnam, we did not see a lot of positive activity in 2018.”

Reith noted that along with consumers waiting longer to replace their phones and frustration around the high cost of premium devices, there was political and economic uncertainty.

The Chinese market, which accounts for roughly 30 percent of smartphone sales, was especially hard hit with a 10 percent drop, according to IDC’s survey.

However, Chinese smartphone makers such as Huawei, Oppo, and Xiaomi defied the trend and ended the year with gains, according to Counterpoint Research.

This year, smartphone makers will likely entice customers to upgrade devices with innovations such as superfast 5G network connectivity and foldable screens, according to Counterpoint associate director Tarun Pathak.

Leading smartphone maker Samsung is expected to show off a smartphone with a foldable screen at an event here in February.