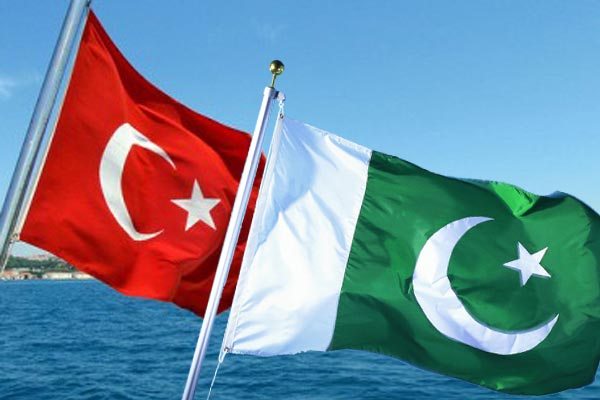 ISLAMABAD: The government officials are in process of building consensus with their Turkish counterparts and other stakeholders to chalk out a meaningful Free Trade Agreement (FTA).

The other objective is to corroborate with the close political and cultural relations that both countries enjoy.

Sources at the Commerce Division, while listing steps taken by present government so far to improve trade relations with Turkey, said on Thursday the first ever Single Country Exhibition planned would be held soon by Turkish Pakistan Tourism Council along with Federation of Pakistan Chambers of Commerce and Industry, Lahore Chamber of Commerce and Industry and other relevant trade associations.

They said Pakistan’s exports to Turkey grew at a good pace and crossed $850 million in 2011. However, it started declining after the imposition of additional duties by Turkey in August 2011. The exports amounted to $323 million in 2017.

Sources said that Pakistan has engaged Turkey for a preferential market access arrangement to increase bilateral trade, adding that both countries had announced to initiate talks on Pak-Turkey Free Trade Agreement in a High-Level Strategic Cooperation Council (HLSCC) meeting in Islamabad.

The FTA would help address market access issues due to the imposition of additional duties by Turkey. So far seven rounds of negotiations have been held.

Moreover, the sources said Prime Minister Imran Khan led a high-level delegation to Turkey last month with aim to give a much-needed boost to the existing economic relations between the two countries. The visit had a strong economic component.

The Turkish side showed a keen interest in investing in Pakistan and both countries expressed their resolve to further strengthen the existing economic, trade and commercial relations.

Sources said over 25 leading business groups from Turkey participated in “Pakistan-Turkey Business Opportunities Forum” organized by Turkish Pakistan Business Council during visit of the president of Pakistan to Istanbul in October 2018.

Other steps, included confirmation of the visit of leading Turkish textile importers/buyers for forthcoming TEXPO 2019 in April in Lahore, and possible joint ventures in textiles manufacturing, machinery and related chemicals used in production.

The number of trade fairs for Pakistan’s participation in Turkey have increased from 2 to 5, focusing on leather garments, surgical instruments, auto-parts, sports goods and processed food items, they added.