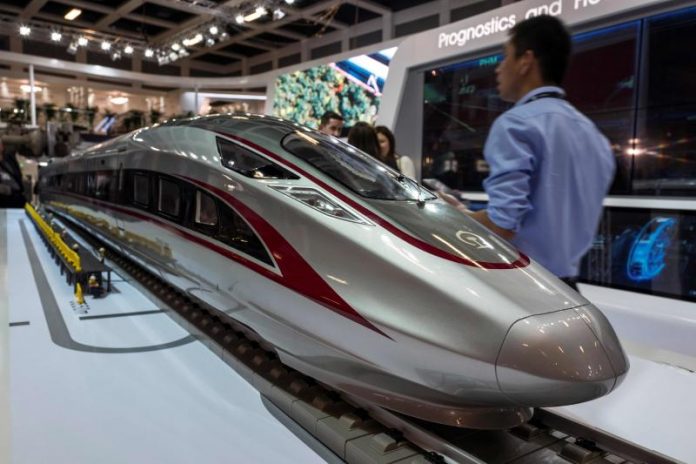 PARIS: It was fear of being dominated by a Chinese behemoth that sparked an attempt by large French and German rail companies to join forces to create a European industrial champion.

The merger by Alstom and Siemens was vetoed by the EU on Thursday, but concerns about the overwhelming power of vast, often state-backed Chinese companies is not limited to the rail industry.

Here are some of areas in which Chinese companies control a large piece of the global market.

China’s state-backed CRRC is the world’s largest train manufacturer, with locomotives and wagons ordered across the globe from Boston to Philadelphia, Cambodia to Colombia, and customers including the iconic London Underground and Germany’s Deutsche Bahn.

Its annual revenues of $29 billion alone outweigh the three western heavyweights Bombardier, Siemens and Alstom, each of which brings in around nine billion a year.

The state-owned ChemChina became one of the world’s seeds and pesticide producers when it acquired Swiss pesticide giant Syngenta for $43 billion in 2017, putting it in competition with Monsanto and DowDupont.

It was the biggest overseas acquisition by a Chinese firm yet, ahead of the $15.1 billion purchase of Canada’s Nexen Energy by China’s state oil firm CNOOC in 2013.

The state-run China National Nuclear Corp (CNNC) launched its locally developed Hualong One nuclear reactor in 2015 to compete with French and US models, selling to Argentina and Pakistan.

And Chinese oil companies — CNOOC, CNPC and Sinopec — are investing heavily even as their global rivals cut spending.

China’s state-owned plane-maker Comac expects to deliver its first home-made passenger jet to a customer in 2021, as it seeks to challenge the dominance of Boeing and Airbus.

The company says it has received a thousand orders for its 168-seater C919 plane.

The state-owned food giant COFCO is playing an increasing role in world grain trading after purchasing the agricultural arm of Singaporean commodities trader Noble as well as Dutch Nidera.

Founded by a Chinese university student in 2006, DJI has become the world’s top civilian drone maker with 70pc of the market, outpacing its French rival Parrot.

Chinese smartphone makers are taking a larger slice of the global market, with Huawei at 15pc, Xiaomi 8.7pc and Oppo 8.1pc.

China’s Haier Group is the world’s leading manufacturer of home appliances with around 10 percent of the market, ahead of rivals Whirlpool and Electrolux.

Haier even purchased the appliances arm of US giant General Electric in 2016.

Its production capacity will increase fivefold by 2020 due to a mammoth new factory in China, and the firm has announced a huge factory in Germany to supply European customers.

The state-owned Cosco Group is the world’s third-biggest shipping company with 50 container ports across the globe, including Greece’s Piraeus and Spain’s Bilbao.