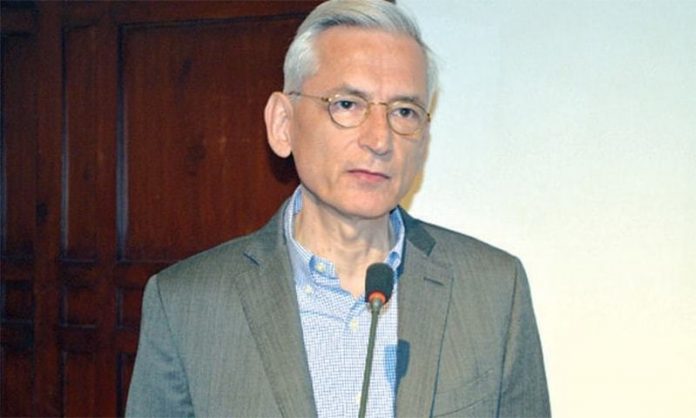 The water resources secretary welcomed the French ambassador and after changing pleasantries with him gave a brief rundown of the overall water sector of Pakistan.

The secretary also briefed the visiting delegates about the nascent ministry’s achievement with regard to formulating the country’s first ever National Water Policy approved by the apex constitutional forum of Council of Common Interests, which is headed by the Prime Minister Imran as well as all chief ministers of the federating units of the country.

He also apprised the delegates about the signing of Pakistan Water Charter by the prime minister and all the four chief ministers as a pledge to continue the development of water sector regardless of any political affiliation.

The French ambassador shared the interest of his government particularly in the water and hydropower sector and mentioned about the assistance being extended by the French govt with regard to facilitating the development in Pakistan.

He also informed about various projects being executed in Faisalabad with the assistance of the French treasury.

The envoy stated that the French government gives importance to the development of Pakistan both in terms of providing funds as well as imparting training to build the capacity of Pakistani institutions.

The secretary welcomed the gesture of goodwill and cooperation extended by the French ambassador on behalf of his government.