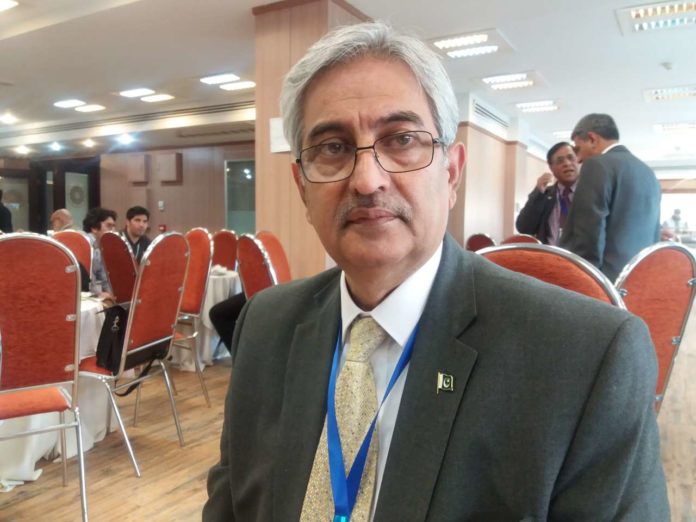 LAHORE: Lahore Chamber of Commerce and Industry President Almas Hyder has said that the promotion of ease of doing business (EODB) is the most important factor in the growth of industries and sustainability of the economy.

“It is a good omen that the present regime is well aware of the importance of EODB and is trying to change the scenario in this regard through economic reforms,” the LCCI president said while talking to a group of business leaders on Saturday.

Hyder said that facilitation of businesses is necessary for economic development, as they (businesses) provide jobs to the growing population, generate revenue for the government to run the affairs of state, and bring foreign investment in the country.

The LCCI president said that Pakistan is ranked at 136th place in the international index of EODB while those “countries that have lesser resources than us are ranked higher”.

“Pakistan is ranked at 130th position in ‘starting a business’, 166th in ‘dealing with construction permits’, 167th in ‘per capita electricity’, 161st in ‘property registration’, 112th in ‘credit facilities’, 26th in ‘protecting minority investors’, 173rd in ‘paying taxes’, 142nd in ‘trading across borders’, 156th in ‘enforcing contracts’ and at 53rd in ‘resolving insolvency in the international indexes’,” Almas Hyder informed, adding that the country would have to take giant steps in order to improve these rankings.

Hyder suggested that a company office in Pakistan should be formed for incorporation of new companies.

He said a change in the mode of payments would help jack up Pakistan’s international ranking in paying taxes. He also suggested that revenue (tax) collection should be separated from services, as it would help the government manage the affairs in a better way.

“Per capita electricity is one of the major economic indicators and we have to take proper measures in this regard if we are to compete impressively with our competitors in the international market,” Hyder remarked.

He said that the process of property registration should be made easier for the businessmen through modern technologies and one-window operation.