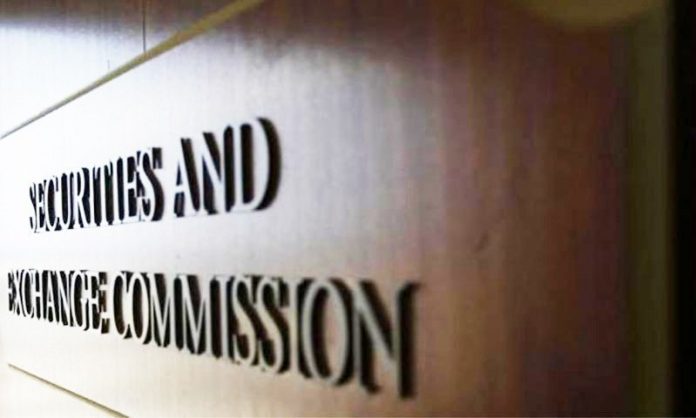 ISLAMABAD: On the recommendation of the regulations committee, the policy board of Securities and Exchange Commission of Pakistan (SECP) has approved several proposed amendments in the SECP Act, 1997, Public Sector Companies (Corporate Governance) Rules, 2013, NCCPL Regulations as well as the Pakistan Stock Exchange (PSX) Rules Book.

The policy board, which met under the chairmanship of Professor Khalid Mirza, also gave its approval for other matters recommended by the regulations committee, according to a statement released on Tuesday.

The board reviewed the implementation status of the decisions given by it over the last three meetings which included a substantial reduction in fees and removal of annual renewal of intermediary licences for the ‘ease of doing business’.

It was noted that the commission had not executed the instructions of the board in an expeditious manner. Some concern was also expressed with regard to the commission’s perceived excessive involvement with law enforcement agencies.

With regard to the number of board decisions pending implementation, Professor Khalid Mirza emphasized the need to take effective measures expeditiously in line with the policy directives.

He envisioned that if the commission faithfully works alongside the board, the commission should get transformed into an effective and market-friendly regulator. It was thus hoped that within three or four years, the goal of a viable capital market would be achieved.

Similarly, the oversight committee of the board gave its recommendations pertaining to the surveillance software of the commission, regulatory powers for imposing penalties on market malpractices without going to the court, disclosure of non-compliance/misconduct by brokers, empowering the SECP to tackle issues of financial crime without having to resort to other law enforcement agencies and other matters. All these were agreed by the board.