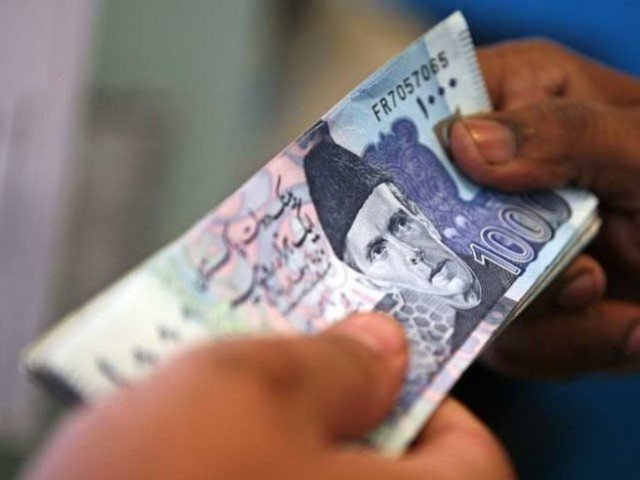 ISLAMABAD: The Ministry of Finance on Friday clarified a media report contending that the government has borrowed Rs2.9 trillion in just seven months to finance the budget deficit.

“The report is incorrect as increase in debt stock cannot be termed as borrowing of the government,” a statement issued by the ministry said.

The ministry explained that the increase in debt stock incorporates devaluation impact due to the depreciation of Pak Rupee against the US Dollar as well as the impact of increase in credit balance of the government with the banking system.

“In US Dollar terms, the central government’s external debt increased from $64.1 billion by the end of June 2018 to $65.8 billion by the end of January 2019,” it said. “Therefore, an increase of around $1.7 billion was recorded in the government’s external debt during first seven months of current fiscal year as compared to the increase of $5.9 billion during the same period last year.”

In rupee terms, the statement continued, the government’s external debt amounting $65.8 billion becomes equivalent to Rs9,096 billion at an exchange rate of Rs138.2553 per US Dollar. Therefore, the value of the government’s external debt increased by Rs1,300 billion during first seven months of the current fiscal year (from Rs7,796 billion by the end of June 2018 to Rs9,096 billion by the end of January 2019), the ministry clarified.

“It needs to be understood that out of the said increase of Rs1,300 billion, around Rs1,100 billion or 85pc is attributable to depreciation of Pak Rupee against US Dollar. Hence, actual borrowing was significantly lower than what is reported in the news report,” it added.

It is also worth noting that depreciation of Pak Rupee increases the rupee value of external debt (reporting loss), but does not add much to foreign currency liability of the country during any particular fiscal year.

Similarly, apart from domestic financing of fiscal deficit, an increase in credit balances of the government with the banking system has resulted in an increase in domestic debt stock.

“In the light of above-mentioned facts, the Ministry of Finance refutes the claim of a media report that federal government has borrowed Rs2.9 trillion in just seven months to finance the budget deficit of the country, the finance ministry stated. “In fact, news report contains self-contradictory statements, as on one hand, it states that Pakistan recorded a budget deficit of Rs1 trillion during first six months of the current fiscal year while on the other hand, it states that government borrowing for financing of fiscal deficit was almost three times during first seven months of the current fiscal year.”

It said that the present government inherited many challenges on domestic and external front which forced it into borrowing so as to meet its social and development goals.

“Particularly, Public Debt to GDP ratio was 72.5pc by the end of June 2018 as against the threshold of 60pc as stipulated under FRDL Act, while Federal Fiscal Deficit (excluding foreign grants) was 6.5pc during 2017-18 against the threshold of 4pc. Resultantly, existing debt obligations contracted by the previous governments consumed around 37pc of government revenues during 2017-18,” it continued. “Since major chunk of revenue is consumed by debt servicing, additional borrowing is required to meet other current and development expenditure.”

Similarly, on the external front, increase in imports pushed the current account deficit to a historic level of around $19 billion during 2017-18, which exerted pressure on foreign exchange reserves as well as on exchange rate that depreciated by around 32pc during the last one and half year. This has not only contributed towards fueling inflation but has also increased the stock of external public debt significantly.

Given the prevalent economic situation, a multipronged strategy is being pursued with focus to substantially increase tax revenues and country’s foreign exchange earnings. At the same time, reducing unnecessary expenditures with curtailment of losses of public sector enterprises is also being pursued to bring down the deficit.

“The government has also taken initiatives to expedite institutional reform and promote austerity to reduce non-development and non-productive spending. All these measures are expected to reduce the debt burden of the country in the medium term,” the statement concluded.