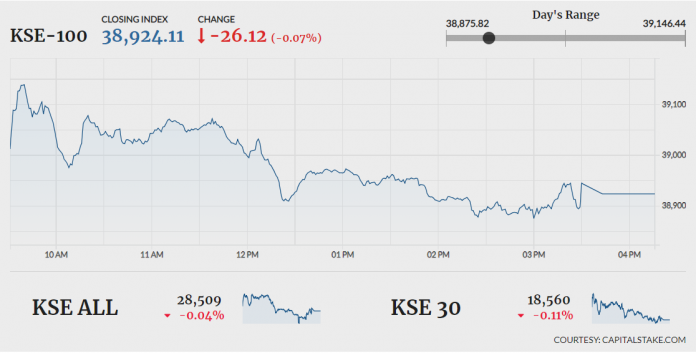 KARACHI: The Pakistan Stock Exchange (PSX) witnessed a slow start to the week as the indices which opened positive changed their outlook by the afternoon, eventually closing the day in red. Foreign investors closed the last week as net sellers with a net outflow of $3.46 million.

According to news reports, Finance Minister Asad Umar, during his speech at a seminar, that Pakistan is all set to receive $4.1 billion in financial assistance from neighbouring countries, adding that the United Arab Emirates would deposit $2 billion at an interest rate of 3pc while China would lend the remaining $2.1 billion at a markup of 2.5pc.

Trading volumes remained low and were recorded at 67.74 million with 50.34 million coming from the KSE 100 stocks. The Bank of Punjab (BOP +1.66pc) was in the lead with 16.29 million shares exchanging hands, followed by K-Electric Limited (KEL +0.50pc) and Dewan Cement Limited (DCL +8.57pc). The stocks had 4.11 million shares and 2.96 million shares traded respectively.