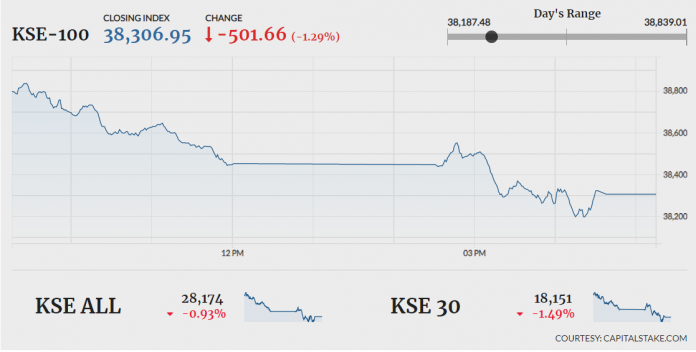 KARACHI: Trade floors turned red on Friday as bears of the Pakistan Stock Exchange (PSX) once again held the reins of the market. Foreign investors offloaded stocks worth $8.24 million on Thursday.

According to latest data released by State Bank of Pakistan (SBP), foreign exchange reserves held by central bank surged by 0.08pc on a weekly basis and now stand at $8.12 billion. Pakistan received second tranche of $1 billion from United Arab Emirates earlier in the week.

Meanwhile, Interloop Limited, said to be one of the largest exporters of socks in the world, was successful in raising Rs5.02 billion at the Pakistan Stock Exchange through Initial Public Offering, by selling 12.5pc of its shareholding to different investors at a price of Rs46.10 per share. The company is expected to be amongst top 50 listed companies by market capitalization. Shares of the company were oversubscribed by 1.37 times during the book building process.