Pakistan to receive $2.1bn loan from China by Monday 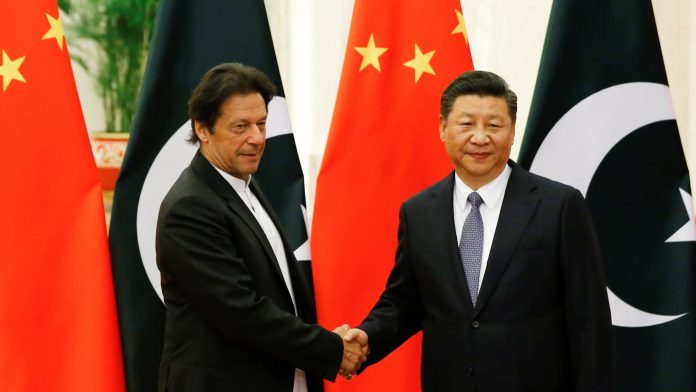 The Ministry of Finance has announced that the State Bank of Pakistan (SBP) will receive a loan of 15 billion yuan ($2.1 billion) from China by Monday, a private media outlet reported on Thursday.

The ministry’s advisor and spokesperson Dr Khaqan Najeeb Khan said that “all procedural formalities” for the transfer of the loan being provided to Pakistan by the Chinese government have been completed, and “the funds will be deposited in the SBP account by Monday 25th March”.

Following a meeting in Beijing between Chinese Premier Li Keqiang and Prime Minister Imran Khan in November 2018, China had said that it was willing to offer assistance to Pakistan to help it weather its current fiscal woes but that the terms of such aid were still being discussed.

Shortly after, Chinese Consul General Long Dingbin had said during an interview that in order to “boost Pakistan’s economy”, Beijing is investing in multiple sectors and launching business ventures instead of providing loans.

In February this year, in response to a Financial Times report which said that China had pledged to lend at least $2bn to Pakistan to shore up its foreign exchange reserves and prevent further devaluation of the rupee against the dollar, Chinese foreign ministry spokesman Lu Kang had tentatively acknowledged that it was extending financial assistance to help Pakistan.

“The Chinese side has offered and will continue to offer its best through assistance, trade, investment and all-around practical cooperation to support and boost Pakistan’s economic and social development,” Kang had said.

At the time, it was the first official confirmation by a Chinese official that Beijing had planned to extend a financial package to Islamabad. The terms of the package, however, had remained elusive until today.