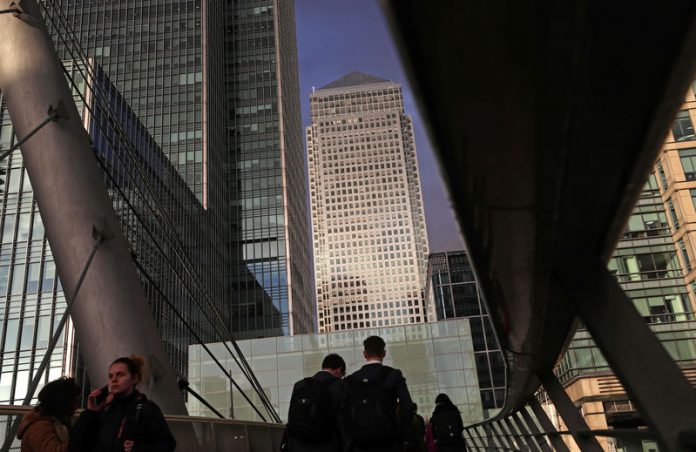 LONDON: Britain’s economy has struggled beneath the weight of Brexit uncertainty for nearly three years, but many business leaders would probably be relieved just to have more of the same for the next few months.

The risk of a damaging no-deal exit by the world’s fifth-biggest economy from the European Union on March 29 has been averted by the reprieve granted to Prime Minister Theresa May by other EU leaders on Thursday.

But the possibility could return as soon as April 12. Or the delay could stretch into May or beyond, depending on the prime minister’s ability to break the Brexit impasse in parliament.

Employers took some comfort from the postponement, even if it did little to settle the wide range of Brexit outcomes that has led to many of them putting their expansion plans on hold.

“Businesses will accept a short extension because it’s a better alternative to no deal,” Seamus Nevin, chief economist at Make UK, an engineering trade group, said. “But we really need to make decisions soon. Prolonged uncertainty just means the investment decline of recent months will continue and companies will be forced to decide whether to move production elsewhere.”

Carmakers have reduced expansion plans in Britain and many financial firms have set up operations in other EU countries.

Overall business investment fell throughout 2018, the longest such run since the global financial crisis, and another fall is expected in 2019, threatening to worsen the country’s weak productivity growth.

Britain’s economy lost momentum after the 2016 referendum decision to leave the EU.

The slowdown deepened last year as the Brexit deadline approached, with no guarantee of a transition to smooth the shock, but also reflecting the weakening of the world economy.

While Britain would bear the brunt of a no-deal Brexit hit, U.S. Federal Reserve Chair Jerome Powell has said it is a risk for the slowing U.S. economy, along with Washington’s trade war with China.

The shock would also be felt in Europe where Britain’s closest trading partners are struggling.

“It would be a material shock for the EU at a difficult time,” Brian Coulton, chief economist at ratings agency Fitch Ratings, said. “Among the things that could tip the euro zone into a recession, it might be a candidate.”

Even the strongest Brexit supporters say a no-deal divorce would deliver a shock. But they believe the economy would adjust and flourish once it is free of the constraints of EU rules and can strike its own trade deals around the world.

Gerard Lyons, a pro-Brexit economist, said weak business investment was a long-standing British problem, not just a Brexit one, and he pointed to strong jobs growth and tax revenues as a sign of underlying resilience in the economy.

While his preferred option was for Britain to leave EU with a transition and then hammer out a trade deal, he said a no-deal Brexit would not be a disaster because progress has been made to prepare Britain’s finance industry, ports and logistics.

“It’s like a kick in the groin. It depends how hard the other side wants to kick you, and how well you manoeuvre yourself,” Lyons said.

The Bank of England said on Thursday that about 80 percent of almost 300 companies it surveyed felt they were as ready as they could be for a no-deal, no-transition Brexit, up from 50 percent in January.

The BoE has said a worst-case no-deal Brexit scenario — in which Britain loses the confidence of global investors and chaos hits transport and ports — could mean that the economy is 5 percent smaller in three years’ time than if the country stayed in the EU.

A more managed no-deal Brexit could reduce the hit to about 2.5 percent, still a material hit at a time when the economy is struggling to grow by more than 1.5 percent a year.

Most economists say the higher the barriers for British firms to do business in the EU, the bigger the drag will be on economic growth stretching out into the decades ahead.

Any gains from free trade deals with countries such as China or the United States would be “relatively modest”, Britain’s independent budget forecasters have said.

It is small wonder therefore that many employers are hoping for a change of the Brexit plan, even if it means yet more sapping uncertainty.

“Our country is facing a national emergency,” the Confederation of British Industry, a major employers group, and the Trades Union Congress umbrella group said on Thursday in a rare joint letter to May, urging her to avoid a no-deal Brexit.

“The shock to our economy would be felt by generations to come.”