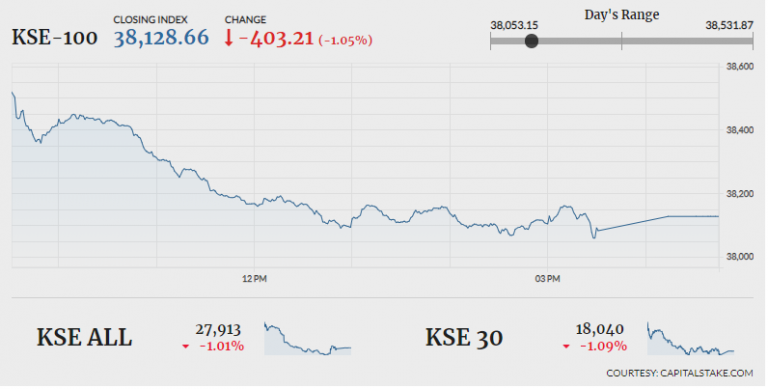 KARACHI: The Pakistan Stock Exchange (PSX) witnessed a dry start to the week on Monday, as indices kept shedding gains all day long amid lacklustre trading.

Investors preferred to stay on the sidelines as experts from the Financial Action Task Force (FATF) reviews progress made by Pakistan. The team shall evaluate the measures taken to curb terror financing and money laundering and the outcome will either land Pakistan into the blacklist or off the greylist.

Pakistan Suzuki Motors Company Limited (PSMC -5.00pc) declared its financial result for the year 2018. Despite an 18pc surge in the cost of sales, a chunk coming in from currency devaluation, the gross margins down were down from 9.48pc to 5.88pc. This was attributed to increased borrowing, which led to a jump in the finance cost from Rs68 million to Rs363 million.

The company reported earnings per share of Rs15.77 with a fourth-quarter loss of Rs1.15. For investors, dividend yield dropped from 3.72pc to 1.81pc.