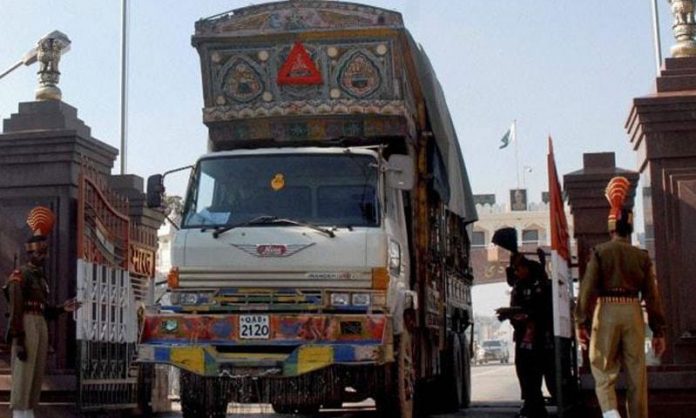 ISLAMABAD: Following the imposition of 200pc duty by India on all items exported from Pakistan, the All Pakistan Textile Mills Association (APTMA) has suggested Advisor to Prime Minister on Commerce Abdul Razaq Dawood to impose a similar duty on all products originated in or exported from India.

In a statement issued on Saturday, APTMA asked for a 200pc duty on all imports from India to Pakistan whether they be duty paid or imported through a duty-free scheme.

“This step is important as after the Indian elections, India will reduce the duties to normal again. The situation will not be a tangible one for Pakistan if we don’t impose the reciprocal duty right now,” it added.

APTMA noted that the balance of trade between the two countries was highly skewed in the favour of India, saying that the imposition of duty on Indian imports would help reduce the trade deficit in the short run.

“The Pakistani industry is resilient and can source the required imports from other sources,” the association stated. “This will also diversify our sources of import and will be beneficial in developing world-class and quality textile products.”

It is pertinent to mention that trade between Pakistan and India stood at $1.39 billion in the fiscal year 2017-18, with exports standing at $419.8 million as compared to $1.81 billion worth of imports. Similarly, the balance of trade in FY17 was $1.27 billion, as exports were recorded at $408.5 million while imports stood at $1.68 billion.

According to the documents available with Pakistan Today, major exports from Pakistan to India included edible fruits and nuts, peel of citrus fruit and melons, helping the country earn $119.9 million in FY18. Meanwhile, the export of salt, sulphur, stone, plastering materials, lime and cement in FY18 was recorded $96.9 million.

Moreover, the export of minerals fuels, mineral oil and bituminous substances stood at $84.6 million in FY18.

Also, fertiliser export in FY18 was recorded at $34.5 million, while that of raw hides, skin and leather helped the country earn $22.9 million.

On the other hand, Pakistan had strongly rejected any insinuation that sought to link the attack to Pakistan without investigations. “We have always condemned acts of violence anywhere in the world,” the Foreign Office maintained.