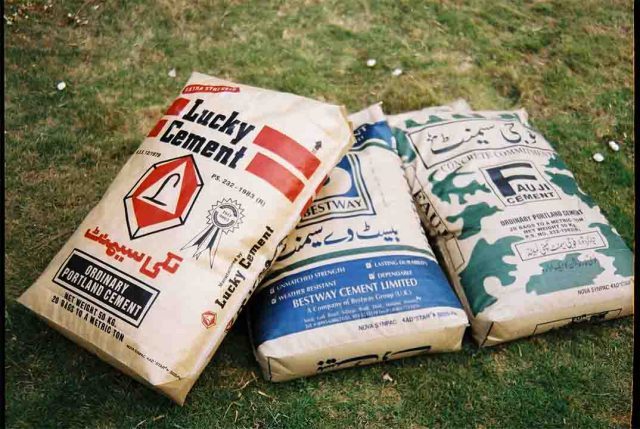 ISLAMABAD: The cement manufacturers have urged the government for cutting production cost and placing anti-dumping duty on the Iranian cement, which has not only affected the local consumption but has also snatched the Afghan market from Pakistan mainly due to its low cost.

Pakistani cement is no longer finding market access to Afghanistan as much as it used to since 2007. Total exports share of Afghan market has dropped to 24 percent in eight months of FY2019 from over 54 percent in FY2007. The primary reason for this is that Afghanistan has opened doors to other countries. including Iran, which has a huge overcapacity of cement production.

They also said that Afghanistan was the only market of Pakistani cement till 2007. Then other markets opened up but the share of Afghanistan in Pakistan’s total cement exports remained high, hovering around 54 percent of all cement exports, in 2013. This share started increasing as other African and Asian markets also opened up.

Experts further said that during 2017, the cement exports started dropping substantially from 45 percent to 35 percent and now in 8MFY19, the exports to Afghanistan constitute only 24 percent of all exports.

They said that presently Iran uses only half of its total cement domestically while rest of 40 million tons is smuggled to neighboring countries, Afghanistan, Pakistan and India. They said that Iran is further planning to enhance its capacity to 120 million tons by 2025. Following the entry of Iranian cement in Afghan market after international sanctions were lifted, Pakistan exports share dropped to 1.2 million tons cement to the Afghan market. There is also the fact that political tensions between the countries have not always been conducive to vibrant trade relations, they added.

As exports move away from Afghanistan and towards other far flung countries, cement manufacturers located in the South are the most to gain as they are strategically located near the ports.