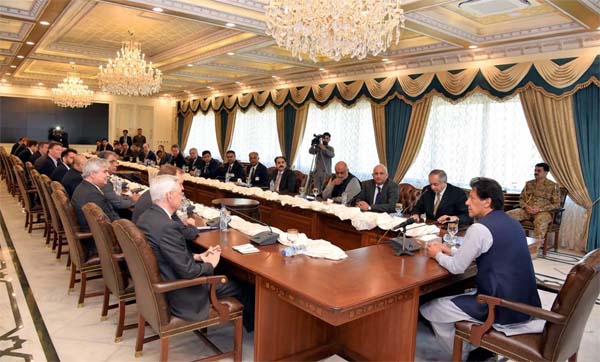 ISLAMABAD: A delegation of the Movement of the Enterprises of France (MEDEF International) on Monday met Prime Minister Imran Khan and evinced keen interest in investing in various sectors of Pakistan’s economy, including manufacturing, agriculture and energy sectors.

The prime minister welcomed the interest of MEDEF, which is the largest association of French entrepreneurs having 750,000 members. He highlighted Pakistan’s investment potential and business-friendly policies of the government.

The prime minister informed the delegation about the potential of agriculture, industry, Special Economic Zones (SEZs) and tourism, including mountain tourism, religious tourism, coast and beaches, and religious tourism.

Meanwhile, in a separate meeting, President Dr Arif Alvi said Pakistan was keen to enhance its bilateral ties with France and explore new avenues of cooperation in realms of trade and investment for the mutual benefit of the two countries.

He was talking to MEDEF International’s Pakistan-France Business Council Chairman and Total Global Services President Thierry Pflimlin, also the head of the delegation, at the President House.

Moreover, he added, the foreign companies were allowed to use borrowing facilities, both from local and foreign banks.

He told the delegation that presently, seven special economic zones had been established in Pakistan and French companies could establish or relocate their units there.

He also invited the French companies for joint ventures with local and foreign companies to become part of the global value chain.

Dr Alvi assured that the government was committed to facilitating the private sector in each and every step of their project cycle.

The president said with the established fact of Pakistan’s economic potential, the international community viewed it as a highly attractive investment destination.

Board of Investment (BoI) Chairman Haroon Sharif and French Ambassador to Pakistan March Barety were also present on the occasion.