Oil climbs to five-month high on OPEC cuts, US sanctions and Libya fighting 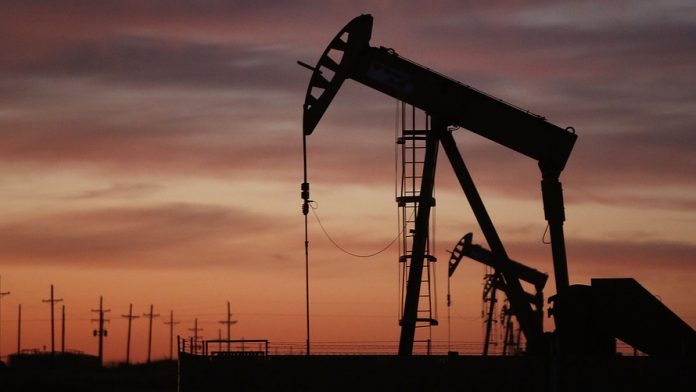 SINGAPORE/LONDON: Oil prices rose to their highest level since November 2018 on Monday, driven by OPEC supply cuts, US sanctions against Iran and Venezuela and fighting in Libya as well as strong US jobs data.

Brent and WTI both hit their highest since November at $70.83 and $63.53 a barrel, respectively, early on Monday.

To prop up prices, the Organization of the Petroleum Exporting Countries (OPEC) and non-affiliated allies like Russia, known as OPEC+, pledged to withhold around 1.2 million barrels per day (bpd) of supply from the start of this year.

“OPEC’s ongoing supply cuts and US sanctions on Iran and Venezuela have been the major driver of prices throughout this year,” said Hussein Sayed, chief market strategist at futures brokerage FXTM.

“However, the latest boost was received from an escalation of fighting in Libya which is threatening further supply disruption,” he added.

Strong US jobs data on Friday was also still supporting markets on Monday.

Despite the host of price drivers, there are still factors that could bring oil prices down later this year.

Russia is a reluctant participant in its agreement with OPEC to withhold output and it may increase production if the deal is not extended before it expires on July 1, Energy Minister Alexander Novak said on Friday.

Another key architect of the OPEC-Russia deal, Kirill Dmitriev, the head of Russia’s direct investment fund, said on Monday OPEC and allies should raise output from June. Dmitriev previously said it was too early to pull back from cuts.

In the United States, crude production reached a global record of 12.2 million bpd in late March.

US crude exports have also risen, breaking through 3 million bpd for the first time earlier this year.

There also remain concerns about the health of the global economy, especially should China and the United States fail to resolve their trade dispute soon.

“Global demand has weakened, and existing tariffs on Chinese goods shipments to the US are providing an additional drag,” rating agency Moody’s said on Monday, although it added that Chinese stimulus measures would likely support growth over 2019.