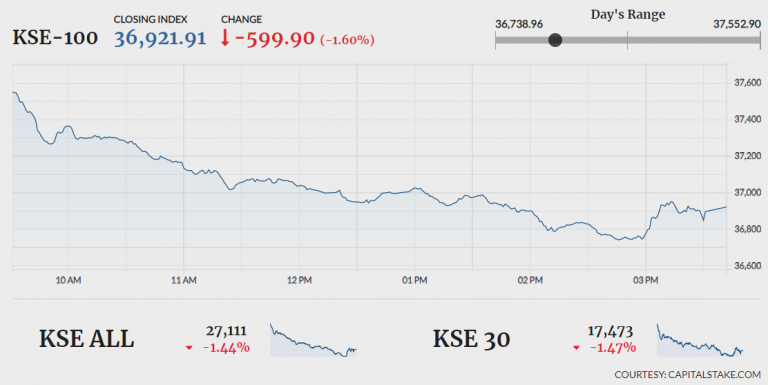 KARACHI: The Pakistan Stock Exchange (PSX) started the week on a negative note with bears in the lead once again. The KSE 100 index plunged over 700 points during intraday trading, thus breaking the 37,000 mark. Foreign investors closed the last week as net sellers with a net outflow of $3.67 million.

According to a recent report published by the World Bank, Pakistan’s economic growth is expected to decelerate to 3.4pc in the current fiscal year (FY19) and will further drop to 2.70pc in FY20, as stringent fiscal and monetary policies are expected to be formulated/implemented to address the prevalent macroeconomic issues. In FY18, the growth rate reached an 11-year high and was recorded at 5.8pc.

Sazgar Engineering Works Limited (SAZEW -0.42pc) released its sales and production data for the month of March 2019. As per latest data, 1,108 units were produced while 1,280 units were sold.