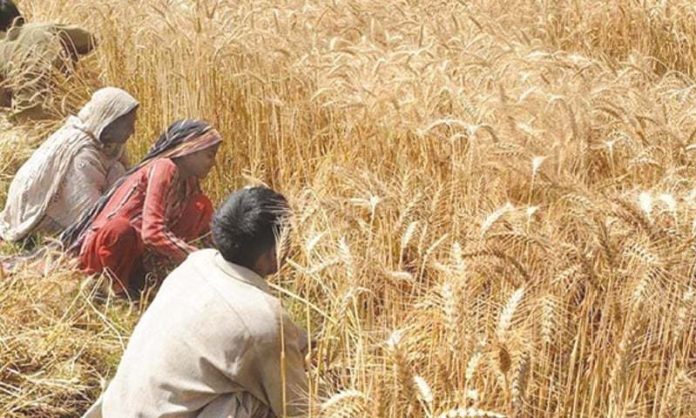 ISLAMABAD: The Federal Committee on Agriculture (FCA) was informed that wheat production for 2018-19 has been estimated at 25.16 million tonnes from an area of 8.83 million hectares.

The committee also discussed the production achievements of other essential crops including lentil, potato, onion and tomato.

Pondering over the availability of agricultural inputs for Kharif crops (2019-20), the committee was informed that sufficient water will be available in reservoirs. For the year 2019-20, the water availability in canals head will remain 108.67 million acres feet (MAF) as against last year’s 88.04 MAF. At present, all the provinces are getting their satisfactory supplies in the system.

The meteorological department informed that overall normal to slightly above normal rainfalls are likely to occur all over the country during the month of May. However, based on the gradual increase in air temperatures, effective use of available water stocks is recommended.

The average temperature is likely to remain above normal throughout the country during the period. The expected rise in temperature during the next two months is approximately 1-2 degrees Celcius. The rise in temperature will accelerate the snowmelt in the northern areas and subsequently increase the runoff in the upper Indus region. Based on the seasonal rise in air temperatures, the prevailing drought conditions over Tharparker region of Sindh may also sustain with variable intensity during the months of April-May 2019.

The committee was informed that the availability of rice and maize seed will remain higher than the total seed requirement, which would be 121.28pc and 112.83pc respectively.

The FCA appreciated the positive impact of fertilizer subsidy scheme which contributed to high yield and noted that the supply of Urea and DAP fertilizers was satisfactory for 2018-19 Rabi season.

Due to local production and available stocks, the supply position of Urea will remain comfortable and DAP will also remain on satisfactory levels.

The committee was informed that the new government is trying its level best to help the farmers by taking various actions to uplift agriculture like:

The government has imposed agriculture emergency with projects worth Rs290 billion for promotion of agriculture growth in the next four years.