WTO sides with US in dispute over China grain import tariffs 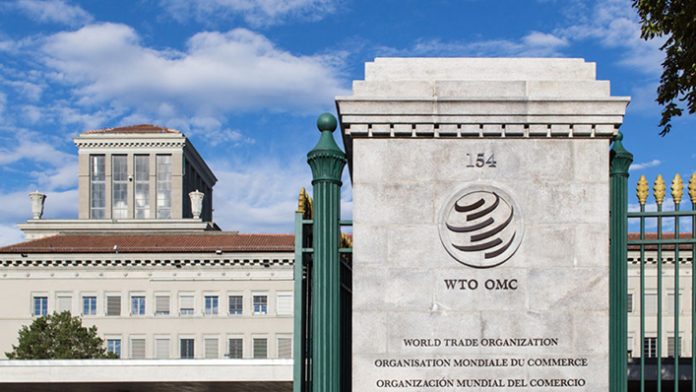 GENEVA: The World Trade Organisation on Thursday largely sided with the United States in its Obama-era case against Beijing over Chinese restrictions on imports of American grain.

Back in December 2016, Washington filed a complaint with the global trade body over what it claimed were illegal Chinese restrictions on imports of American rice, wheat and corn, describing China’s use of the tariff-rate quota (TRQ) system as “opaque and unpredictable”.

Washington estimated at the time that American farmers could have exported some $3.5 billion more of such crops to China if the system had been used properly, and charged that Beijing had violated its commitments under international trade rules.

A panel of experts established by the WTO’s Dispute Settlement Body agreed Thursday that China had failed to adhere to the commitments it made when it became a WTO member in 2001 to administer the TRQs on a “transparent, predictable, and fair basis”.

The panel, however, said that the US had failed to show that China violated its public notice obligation under the General Agreement on Tariffs and Trade (GATT) in respect to TRQs.

TRQs are two-level tariffs, allowing for a limited volume of imports to come in at a lower “in-quota” tariff level, and all other imports charged at an often much higher “out-of-quota” tariff.

Countries like China that joined the WTO after its creation in 1995 have had their TRQ commitments set out in their accession agreements.

Both sides have up to 60 days to appeal Thursday’s ruling.

China is the world’s largest producer of wheat and rice, holding significant sway over world markets.

The news of the WTO ruling comes as Washington and Beijing strive to reach a new trade agreement to avoid escalating their trade war.

The two sides have exchanged tariffs on more than $360 billion in two-way trade since last year, weighing on both countries’ manufacturing sectors and unnerving global stock markets.