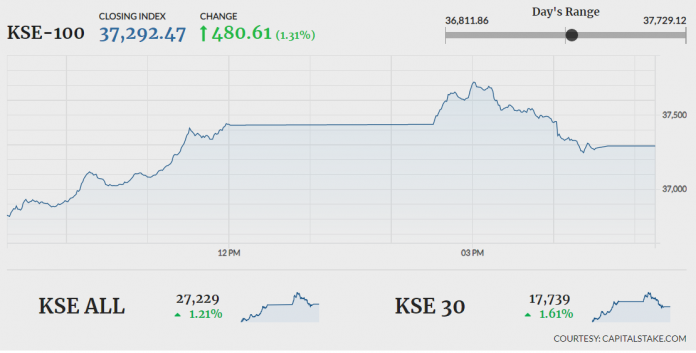 KARACHI: After a slow start, the Pakistan Stock Exchange staged a massive rally to end the last trading session of the week in the green zone. Foreign investors closed the session on Thursday as net buyers with a net inflow of $0.537 million.

Furthermore, foreign direct investment (FDI) dropped by 51.5pc to $1.3 billion in the first nine months of the current fiscal year. Analysts attributed this decrease to the prevalent economic uncertainty, which kept the investors hesitant during the period under review. FDI was recorded at $2.6 billion in the same period of last year.

Meanwhile, as per media reports, the Cabinet Committee on Energy removed the ban on the import of furnace oil in order to meet the needs of power plants, keeping in mind that consumption of electricity would increase in the coming months.

Mari Petroleum Company Limited (MARI -1.22pc) declared its financials for the third quarter of FY19. The company’s revenue increased by 37pc YoY, while its earnings per share improved from Rs32.73 in the same period of FY18 to Rs47.43 in FY19.