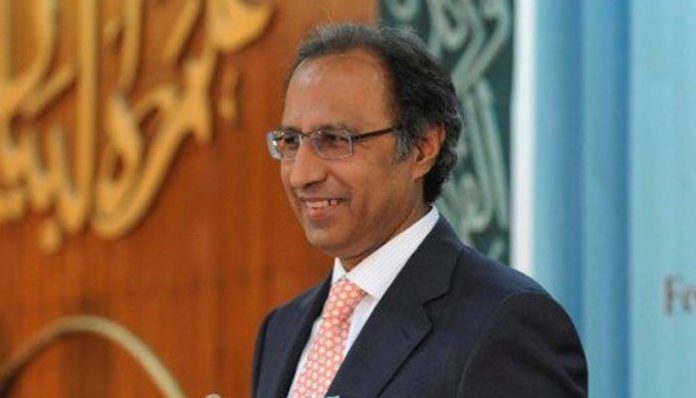 ISLAMABAD: Since the government has replaced the finance minister with an adviser, a number of issues have surfaced at the finance ministry amidst the absence of a full-fledged minister, it was learnt on Monday.

As the important meeting of the National Finance Commission (NFC) is scheduled to be held on April 29, a legal issue has been raised that whether Prime Minister’s Adviser on Finance Dr Hafeez Shaikh can chair the meeting or not.

“Being an adviser, he cannot chair the meeting of NFC, a constitutional body,” a ministry official said on the condition of anonymity.

Giving an example, he said the provinces also have advisers and special assistants on finance, but it is mandatory for the chief ministers to attend the NFC and represent their concerned provinces.

In case the NFC meeting is held on the given date, the prime minister, being the minister in-charge, is needed to chair the meeting, the official maintained.

The ministry, according to sources, has formally started assessing the legal options of legitimising the adviser’s role as the NFC head. The concerned department, sources said, has suggested the prime minister chair the next meeting or postpone it till meeting the constitutional obligations.

Meanwhile, the finance adviser, who has already started monitoring the budget-making process, may also not be able to present the next budget in the assembly, sources said.

Under the constitution, only a minister/lawmaker can present the fiscal budget in the assembly.

“The only way out of this situation for the government is to appoint the adviser as the federal minister through a presidential order under Article 91/92 of the constitution,” sources said. “With the cabinet’s approval, the president can appoint the finance minister for six months, subject to the election of the minister. The government can also make him a senator during the same period. Another option to resolve the issue could also be the appointment of a state minister of finance.”

It is pertinent to mention that the previous government had also used Article 92(1) read with 91(9) of the Constitution to promote an adviser to the level of a minister.

The same issue surfaced when Miftah Ismail, being the adviser on finance in the previous government, wished to present the budget in the assembly. Only a few hours before the budget presentation, he was appointed as federal finance minister to meet the constitutional requirements.

Interestingly, Pakistan Tehreek-e-Insaf (PTI) stalwart Shah Mehmood Qureshi had criticised Miftah’s appointment, stressing that the government was setting a bad example by allowing a non-elected official to present the budget.

Responding to the opposition, former prime minister Shahid Khaqan Abbasi had justified his decision, saying that it was the cabinet’s decision to allow Miftah Ismail present the budget and that there was nothing unconstitutional in that.

Important ministries like commerce, textile, and industries & production are also facing similar issues in the absence of a full-fledged minister.