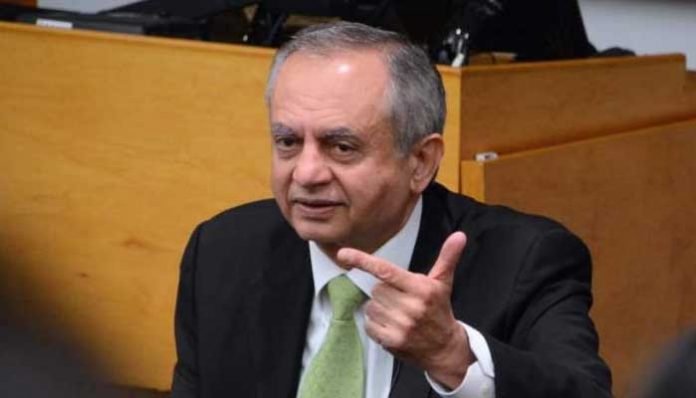 ISLAMABAD: Adviser to Prime Minister on Commerce Abdul Razak Dawood said on Tuesday that Pakistan’s textile exports would witness an unprecedented surge after the signing of the Free Trade Agreement (second phase) with China.

The adviser made these remarks during a session of the Senate’s Standing Committee on Commerce and Textile at the parliament house.

“The textile-related industries have started showing positive results, as even the closed factories have now started production. We hope that the textile sector export would go up in the near future,” he said.

Committee Chairman Mirza Muhammad Afridi was of the view that the local textile industry would get affected by the massive export of yarn, as the price of the product would go higher in the local market. However, the advisor said the local industry would rather benefit from the FTA.

Discussing the performance of the textile sector, Senator Shibli Faraz said the sector had become a “spoiled child” after getting unnecessary subsidies. He said the productivity, efficiency, and quality of the textile was not up to the mark despite getting huge subsidies.

Agreeing with Senator Shibli Faraz’s argument, the adviser said that textile needed assistance around 15-20 years ago but now there was no need to offer any subsidy to this sector.

He said that the garment industry needed support owing to high prices of the land, therefore, the government was mulling over extending long term financing to the garment manufacturers so that they could purchase land or buildings to establish their industries.

The adviser also said that Pakistan, under the second phase of FTA with China, would avail duty-free market share equivalent to the share already enjoyed by the countries of Association of East Asian Nations (ASEAN) from China.

Dawood said he was going to China along with Prime Minister Imran Khan where both the countries would sign FTA-II on April 28.

“Although it took a long time to finalize the second phase of FTA, I would like to appreciate the Chinese government’s support in this regard,” he remarked.

The PM’s aide further informed that under the duty-free incentive package of $1 billion offered by China, Pakistan has so far exported 150,000 tonnes of sugar while the export of 200,000 tonnes of rice would be completed by June this year.

Dawood said China had extended a duty-free package for the export of rice, sugar, and 350,000 tonnes of cotton yarn to Pakistan.

He said that the government was engaged with Japan to purchase modern textile machinery, hoping that in six months’ time, an agreement would be finalized in this regard.

Senator Nauman Wazir on the occasion suggested that the government to conduct value chain analysis in the sector in order to find out the real reasons behind the massive dip in textile exports.

He said the commercial councillors appointed abroad should be taken to the task, adding that they should provide proper feedback from their respective countries so that the potential markets could be found.

“If we want to boost our exports beyond $50 billion level, we must have to look at areas other than textile,” the adviser stated.

He said the engineering sector, with a market share of over $4 trillion across the globe, could help Pakistan increase its exports to the desired level.

Senator Nauman Wazir pointed out that the government should get assurance from the Chinese side that it would not impose non-tariff barriers on imports from Pakistan.

On this, Dawood said all such matters had already been discussed with China and he would further talk to the Chinese authorities to get such assurances.