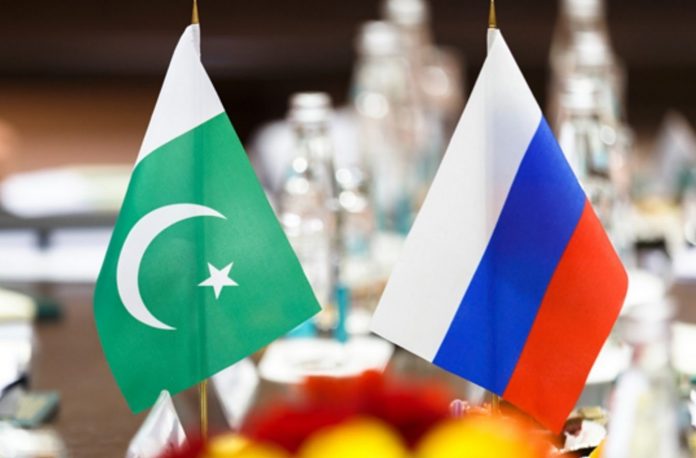 ISLAMABAD: Scholars at a seminar urged further cementing Pak-Russia relations with an economic overview, calling for adopting a pattern of China, Pakistan Economic Corridor (CPEC), which has provided a new impetus to Pak-China relations.

Giving an overview of Pak-Russia bilateral relations during the one-day seminar titled “Evolving Regional Dynamics and Future of Pakistan-Russia Relations”, Islamabad Policy Research Institute President Ambassador Khan Hasham Bin Saddique stressed that there are common areas of cooperation between Pakistan and Russia such as combating terrorism, bilateral trade, economic cooperation and stability in the region, especially with regard to Afghanistan.

“As Asia emerges as a hub of economic corridors, Pakistan offers attractive economic opportunities to the regional countries and beyond. CPEC, a pilot project of Chinese Belt and Road Initiative (BRI) is a case in point. Initiatives like Turkmenistan-Afghanistan-Pakistan-India (TAPI), Central Asian Region Economic Cooperation (CAREC) and ideas like South-South cooperation can provide a foundational basis for greater regional homogeneity and integration,” he stated.

He said Pakistan, being an energy-scarce country, could benefit from energy-rich Russia, as that can boost mutual trade and cooperation.

Dr Sergei A. Baranov, Counsellor from the Embassy of the Russian Federation, reiterated that Pakistan is first and foremost an important partner for Russia.

“The significance of Pakistan is determined by its role in regional politics, its influence in the Muslim world and its geostrategic position. Interaction with Pakistan in the framework of the Shanghai Cooperation Organization (SCO), as a full-fledged member, is very important for Russia to carry out cross-regional economic, energy and infrastructure projects, and we are very glad that Pakistan is practically engaged in SCO, especially in joint counterterrorism efforts,” he added.

Dr Baranov highlighted how recent years have witnessed steadfast progress in bilateral relations with leaders from both countries meeting regularly to exchange views on key issues of regional and bilateral importance.

“Such meetings give an added impetus to our mutually beneficial partnership,” he remarked, pointed out that the economic dimension of Pak-Russian cooperation has not corresponded to its potential.

“The low level of direct business ties and insufficient knowledge of Russia’s and Pakistan’s business communities about each other’s capabilities remain weak points. In this regard, great expectations are pinned on the Russian-Pakistani Intergovernmental Commission on Trade and Economic, Scientific and Technical Cooperation, which has identified priority avenues of our business and investment cooperation,” he said