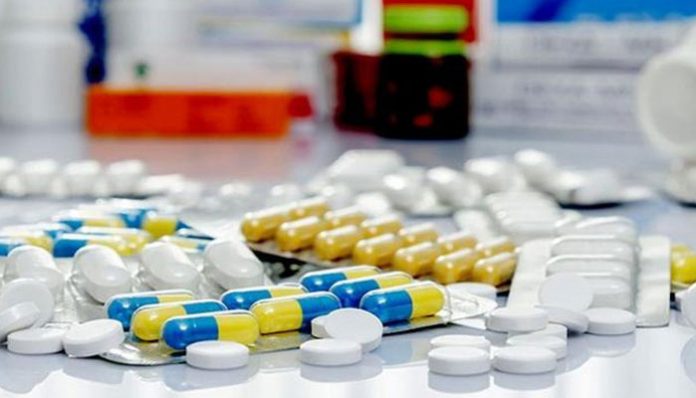 ISLAMABAD: The Pharma industry has urged the federal and provincial health ministries as well as the Drug Regulatory Authority of Pakistan (DRAP) to initiate a crackdown against counterfeit drugs mafia, which is strengthening its foothold in the country ever since the debate of prices has surfaced.

According to the World Health Organisation, counterfeit drugs of malaria and tuberculosis alone result in 700,000 deaths every year. The counterfeit drugs contain very low API, too much API, or wrong API, which make them dangerous, leading to death.

Up to 10pc of the world’s pharmaceutical trade (30pc in developing countries) consists of fake medicines, while the global market for spurious/counterfeit drugs is estimated at $431 billion.

According to the Federal Drug Authority (FDA) of the United States, up to 25pc of all drugs consumed in poor countries are labelled counterfeit or substandard.

In 2011-12, as per the US Customs & Border Protection, Pakistan was one of the biggest sources of counterfeit goods in the United States.

“Drug industry is one of the most regulated industries in Pakistan which has led to the price freeze of most of the drugs, except few hardship cases, for the last 12 years. This had resulted in the production of numerous financially unviable drugs and had created a shortage of medicines, risking the lives of millions of patients,” reasoned a source from a local drug manufacturer.

He said since the govt and the industry’s recent standoff on the pricing of drugs, the environment of uncertainty is encouraging counterfeiters to make the most of the situation.

“It is very unfortunate that despite the drastic devaluation of rupee and every sector reflecting it in their prices, Pharma industry is singled out and is unjustifiably criticized for increasing prices,” he stated. “We are the worst victim of rupee devaluation as almost 90pc of raw material is imported. If a transparent and rational pricing mechanism is not in place, companies would stop making drugs, creating further opportunities for counterfeit drugs,” he reasoned.

He said it is ironic that the price of Buscopan 10mg tablet, a commonly used medicine, was increased from Rs0.93 to Rs3 (200pc) while betel nuts or suparis are available at Rs5.

Moreover, he said issues like the absence of specific laws, special courts and delay in justice are hampering the government efforts to curb the spread of substandard and counterfeit goods in the country.

“A strict and forceful enforcement of existing laws is needed to control the proliferation of counterfeit products which put human lives at risk,” he added.

He said that it is alarming that DRAP has not yet been able to resolve fundamental issues like pricing and registrations. “How will it look into the matters of quality and counterfeit?” he questioned.

He said that Pakistan must learn from regional case studies of India, China and Bangladesh who have deregulated most of the drugs to ensure their availability at competitive prices.

“This has not only helped the patients but has also opened the doors for investment, employment and exports. Bangladesh alone has 4 FDA approved plants while Pakistan has none,” he lamented.